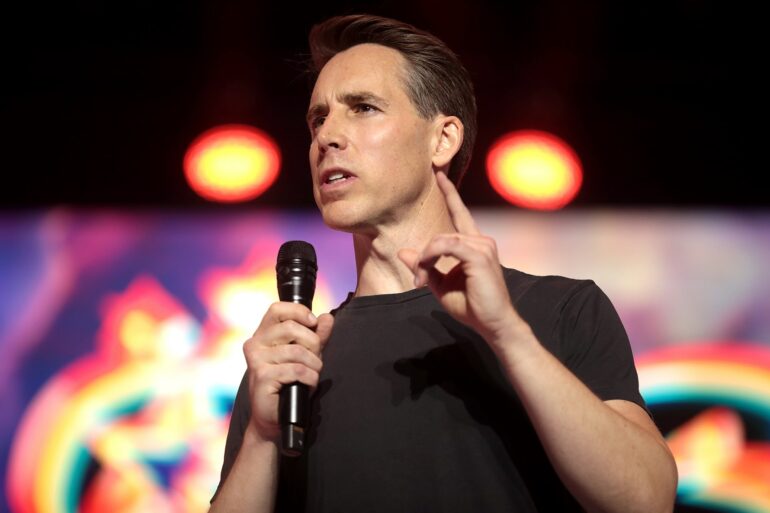 A Republican in the United States Senate is reportedly proposing legislation to prohibit politicians and their spouses from trading stocks in which they would have privileged knowledge, and the bill’s title is a not-so-subtle insult aimed at former House Speaker Nancy Pelosi.

The act would force members of congress and their spouses to sell any assets or place them in a blind trust within six months of taking office.

Last year, it was revealed that Nancy’s husband, Paul Pelosi, exchanged between $1 million and $5 million in stocks for semiconductors only days before Congress committed $52 million to the business.

To avoid the impression of impropriety, the stocks were later sold at a loss.

Any earnings gained by a legislator would have to be refunded to American taxpayers under Hawley’s measure.

It also expressly changes the Ethics in Government Act of 1978, which outlaws the use of nonpublic information for private gain, sometimes known as insider trading — which is already unlawful for corporate leaders and ordinary Americans.

Currently, the bill requires the President of the United States, the Vice President, certain executive branch employees, the Postmaster General, some civilian employees, certain members of Congress, and judicial officers to file a report detailing the source, type, and value of income earned from sources other than their current employment.

The effort to ban politicians from personally benefitting from their public job has broad bipartisan backing.

Hawley and others on both sides of the aisle have introduced legislation to prohibit such behavior in the future.