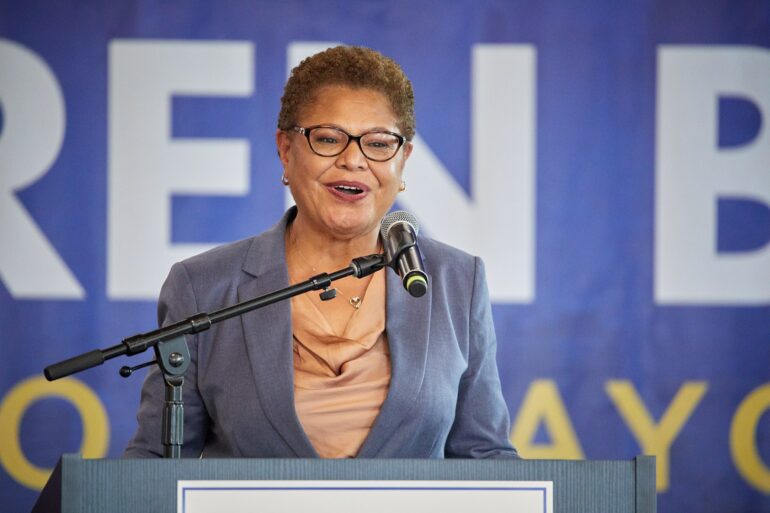 Karen Bass, the mayor of Los Angeles, reportedly stated over the weekend that she intends to use the state of emergency that she proclaimed on her first day in office to do rid of the homeless encampments that are blighting the city’s streets.

In an interview with presenter Chuck Todd on Sunday’s episode of NBC News’ “Meet the Press,” Bass made the startling remarks

The over 40,000 homeless individuals in the city, according to Bass, would accept taxpayer-funded public housing if it were made available to them.

Bass provided no hard evidence to back up her assertions.

She said “no” when Todd questioned her about continuing to let LAPD and sanitation personnel conduct sweeps of the encampments and claimed she preferred to house the homeless in motels.

A barometer of the city’s success in combating homelessness, according to Bass, would be if there were little to no encampments remaining after four years.

“A fair way to judge it would be encampments should be significantly down, if not eliminated. And there should be housing being built underway at a much more rapid pace. And there should not be 40,000 people who are unhoused. That’s for sure.” Bass said.

The project, he added, would not involve removing encampments where unhoused individuals congregate.

Since the epidemic, homelessness has increased in the Los Angeles region.

After failing to do so in 2021, the county finally issued its 2022 report in September.

Bass also made an executive order public on Friday, requiring the city to consider applications for projects including affordable housing within 60 days.

Once work has started, the city has five days to provide a permit and a certificate of occupancy; for short-term housing projects, the city has two days to finish the procedure.