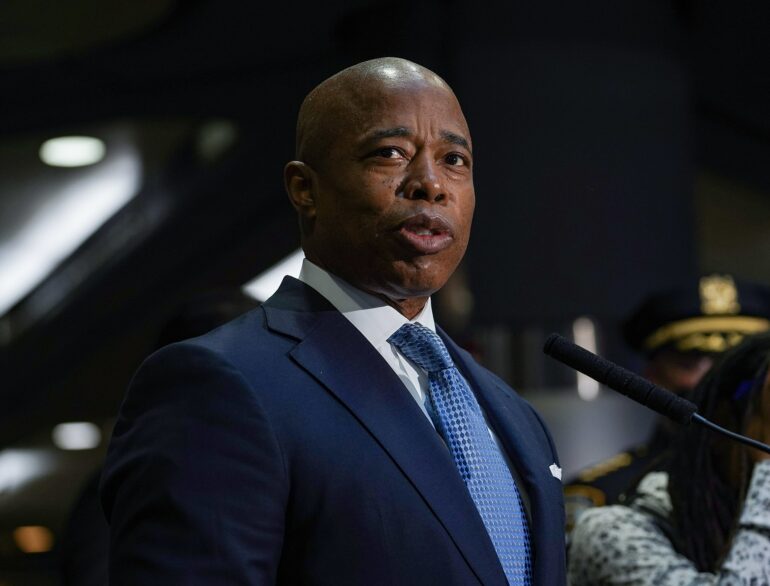 The Mayor of New York City Eric Adams has now reportedly stated that with the termination of Title 42, the city may be compelled to prioritize the additional 1,000 migrants who are anticipated to arrive each week above many public services that residents of the city have grown accustomed to.

Taxpayers in New York City have thus far been on the hook for the costs associated with the city’s response to the migrant inflow.

The city comptroller’s annual report, which was issued on Thursday, forecasted expenditures of at least $1 billion each year until 2026 to cover migrant expenses.

The Biden administration extended Title 42, the immigration limitations put in place by the Trump administration in March 2020 to stop the spread of an infectious illness, preventing hundreds of thousands of migrants from applying for asylum in the United States in recent years.

However, despite the fact that shelters along the U.S.-Mexico border are already overflowing with thousands upon thousands of migrants, Title 42 is set to expire on Wednesday as a result of a federal court decision last week that says immigration officers are no longer allowed to turn away asylum seekers.

More than 31,000 asylum seekers have already arrived in New York City over the previous several months, and there are already 60 active emergency shelters for them that have been assembled by the city, four humanitarian aid centers, and two welcoming centers. All which add to the extraordinary cost the migrants are imposing on the city.

Adams and Texas Governor Greg Abbott, a Republican, have been at odds publicly over the Lone Star state’s policy of busing migrants from the southern border to New York City and other “sanctuary destinations.”

Prior to Monday’s scheduled oversight hearing, when the City Council will hear from the heads of the city’s departments of emergency management, health, hospitals, education, and other social services about the response to migrants’ needs, the mayor of New York released a statement on Title 42.

Meanwhile illegal crossings at the border continue to increase as word spreads of the looming retraction of the regulation.