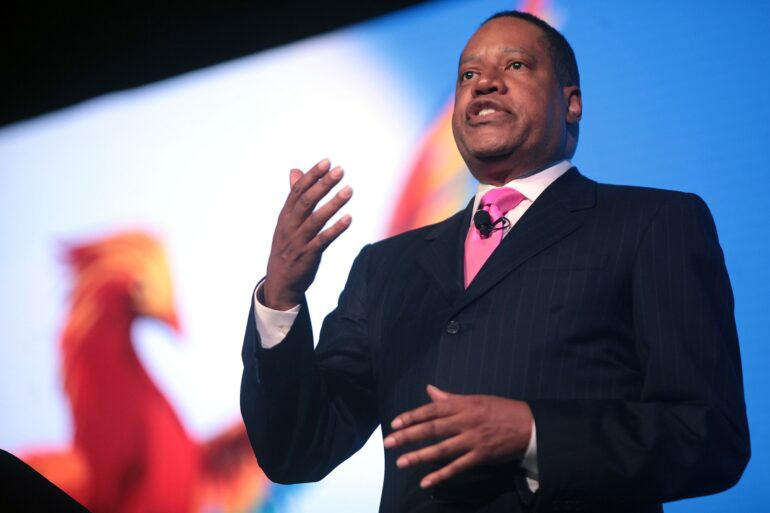 Conservative pundit Larry Elder, is now reportedly claiming that there is a significant “potential” he’ll join the list of Republicans running for president in 2024.

Elder recently said he is “thinking about” running for the nation’s executive office in order to handle matters including the economy, energy independence, and managing the crisis at the southern border during an appearance on the Fox 11 Los Angeles.

By voicing his opinions on these subjects, he has become a noted and respected voice on the national discourse, earning the nickname “Sage of South Central” on conservative radio in the process.

The conservative radio broadcaster had previously mentioned running for president before this year.

In advance of a future run for office, Elder spoke with donors from Iowa and New Hampshire earlier this year.

In September of last year, he told the Des Moines Register that he had considered running for president in 2024, even though former President Trump had not yet declared his third candidacy for the job.

In a recall election in 2021, Elder had previously run to succeed Democratic Governor Gavin Newsom of California. However, Newsom was

Elder stressed that he wasn’t running against other Republicans but only against President Biden and/or Vice President Kamala Harris.