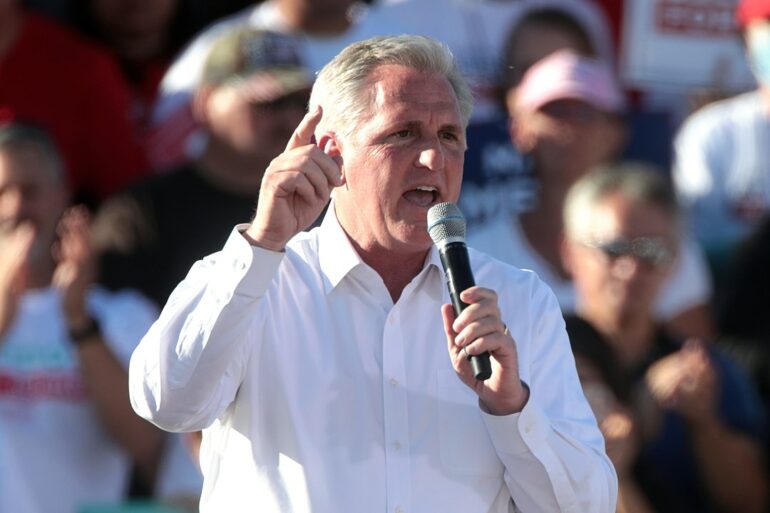 Minority Leader Kevin McCarthy reportedly promised that House Republicans will subpoena the 51 intelligence veterans who signed a letter alleging that the Hunter Biden laptop allegation was part of a Russian misinformation effort. McCarthy made the statement during a Fox News appearance on Saturday.

McCarthy’s vow comes as Twitter CEO Elon Musk continues to work with various journalists to disclose “The Twitter Files,” which include a variety of internal messages from before he acquired the company which discuss efforts to restrict the dissemination of reports about the contents of the Hunter laptop before of the 2020 election.

McCarthy was scheduled to appear on Fox News’ “One Nation” to explain how Republicans will conduct investigations into Twitter once they win control of the lower house.

“Those 51 intel agents that signed a letter that said the Hunter Biden information was all wrong — was Russia collusion — many of them have a security clearance,” McCarthy said during the appearance.

The letter’s signatories, who included former Director of National Intelligence James Clapper and former CIA Director John Brennan, who claims, falsely, that the appearance of reports about the laptop in October 2020 was very likely to be a “Russian information operation.”

McCarthy stated that the intelligence veterans will be summoned and hauled before a committee to answer questions regarding the letter about the laptop, the contents of which have now been examined and shown to be legitimate.

McCarthy also stated that Facebook and Google should be investigated due to their extreme and consistent bias against conservatives.

The Hunter Biden investigation is one of many that Republicans are planning to launch after gaining a narrow majority in the House in the 2022 midterm elections.