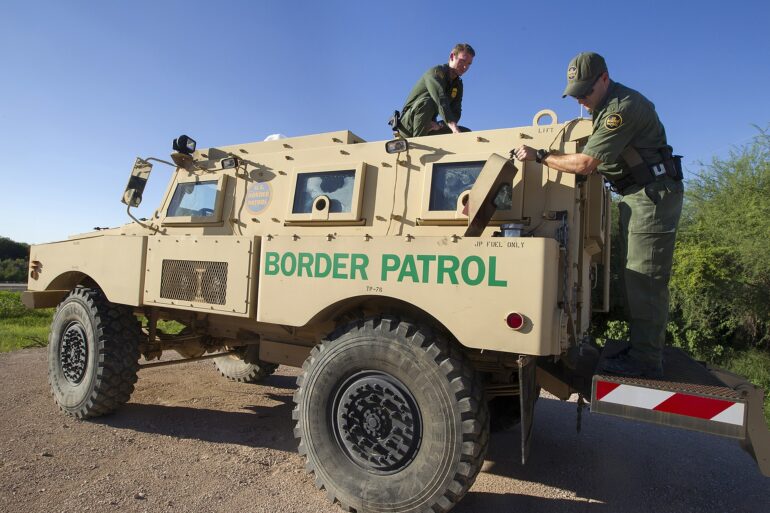 More than 700 immigrants reportedly crossed the U.S.-Mexico border into Eagle Pass, Texas, early Thursday, making it one of the greatest single crossings of illegal migrants in history.

The same agent stated that the warning was not unusual because groups of 100 to 300 persons are pushed across the river near Eagle Pass every day before daybreak.

According to a second agent interviewed for the report, a total of 704 individuals were apprehended and sent to Border Patrol facilities for admission

CBP validated the figure in its recent incident report on the matter.

According to the report, there were 535 Cubans, 74 Nicaraguans, 49 Colombians, 31 Dominicans, nine Peruvians, three Ecuadorians, and three Mexicans among the 704. 320 individuals were adult men, accounting for about half of the total.

There were also reportedly 190 women and 12 unaccompanied minors in the group, as well as 74 families with at least two persons per family.

During the Trump administration, the largest group of immigrants to cross the border at one time occurred in 2019.

A total of 1,036 persons were captured just outside of El Paso, Texas during the 2019 incident.

The previous largest group record was 400 from earlier that year.

Pushing big numbers across the river is a method used by Mexican cartels since individuals who surrender to Border Patrol have a better chance of being allowed into the United States.

When agents are directed to a certain region to seize and transfer large groups of single individuals and families, other portions of the border are left unattended.

[READ MORE: Bernie Sanders Claims He May Run Again in 2024 Under Certain Conditions]