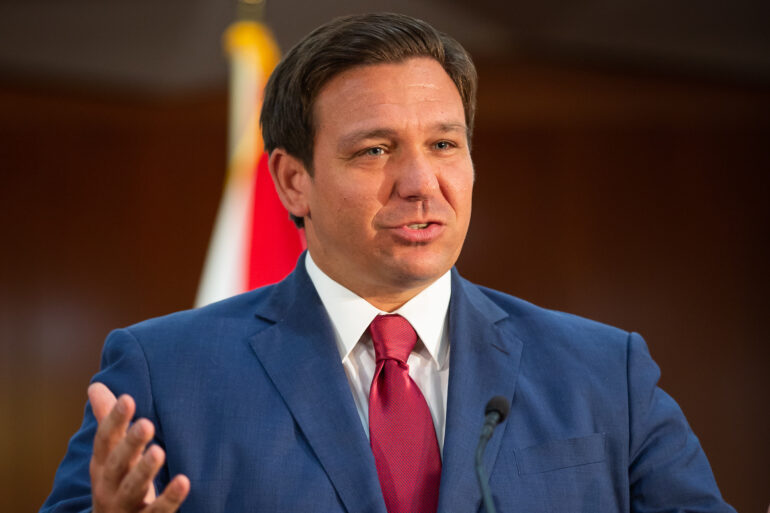 According to new reports, Florida Gov. Ron DeSantis plans on releasing a memoir next year, amid growing speculation that he would run for President and challenge former President Trump for the Republican nomination.

The memoir is reportedly titled “The Courage to Be Free: Florida’s Blueprint for America’s Revival,” and will be published by HarperCollins Publishers’ Broadside Books in late February.

It will reportedly go through the Florida governor’s early formative years, as well as his stint as an officer in the military.

After easily winning reelection in Florida by large margins, DeSantis emerged from the midterm elections in a better position.

Some Republicans are calling for him to run against Trump, who declared his own reelection candidacy the week after the midterms.

Several of Trump’s backed candidates were defeated in the midterm elections, prompting some Republicans to intensify their condemnation of the former president and believe that their party would be better served by a different leader.

DeSantis’ biography would also include an allusion to some of the Republican governor’s culture war battles on matters such as COVID-19 procedure.

The Florida governor has not publicly declared his potential candidacy for 2024, but Republicans have increasingly pointed to him as a strong possibility in recent weeks and alternative to former President Trump.