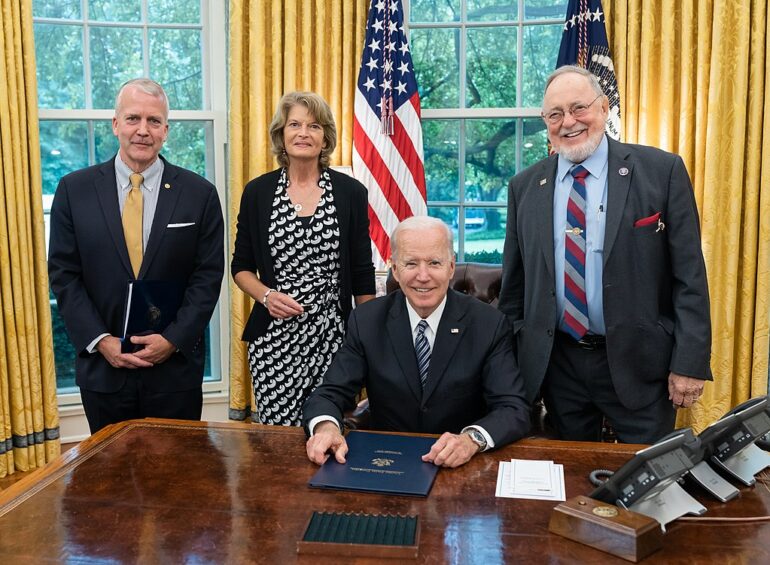 Peltola won a special election over former Republican governor and vice presidential candidate Sara Palin and beat her again to serve a full term in the house.

Murkowski defeated Trump -backed candidate Kelly Tshibaka to win reelection to the Senate in a race that took weeks to call because of the new ranked-choice voting system the state adopted.

“I am honored that Alaskans — of all regions, backgrounds and party affiliations — have once again granted me their confidence to continue working with them and on their behalf in the U.S. Senate,” Murkowski tweeted Wednesday night. “I look forward to continuing the important work ahead of us.”

“Lisa Murkowski is bad for Alaska. Her vote to confirm Biden’s Interior Secretary was a vote to kill long sought for, and approved, ANWR, and Alaska jobs. Murkowski has got to go! Kelly Tshibaka is the candidate who can beat Murkowski — and she will. Kelly is a fighter who stands for Alaska values and America First,” Trump said in his statement.

In early January, Murkowski became the first Senate Republican to call on then-President Donald Trump to resign after the Capitol riot. Murkowski then voted to convict Trump in his Senate impeachment trial.

Murkowski has also been known for her moderate views on many controversial issues in the Senate which have led to her being termed a RINO by many conservative Republicans.