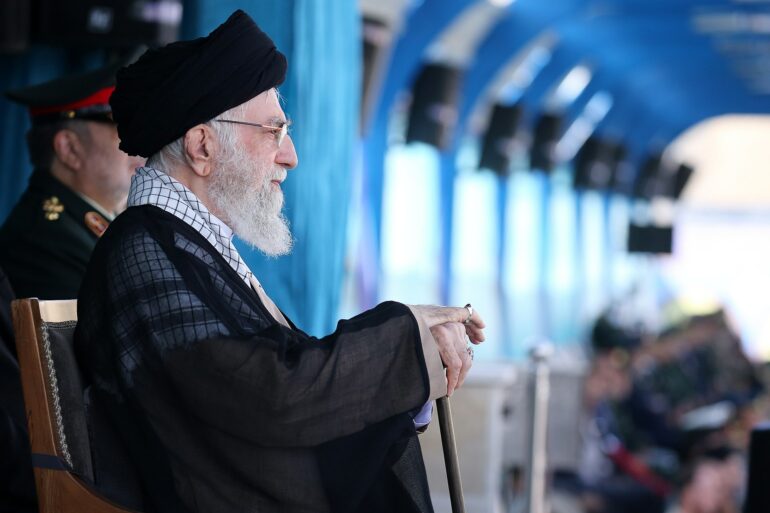 During an address on state television on Saturday, Iranian Supreme Leader Ali Khamenei reportedly ridiculed President Joe Biden as “demented” the Islamic dictator then proceeded to lead a throng of followers in impassioned cries of “death to America.”

Despite a reported standstill in the discussions and the Iranian government’s continued brutal crackdown on widespread anti-government protesters.

Khamenei’s remarks came as the Biden administration stated this week that it is still interested in negotiating a nuclear deal with Iran.

Biden turned 80 on Sunday, and since his election in 2020, his age and deteriorating mental acuity have been a source of public discussion and debate not only in the United States but around the globe as well.

The Iranian leader said in his address, which was translated by the Middle East Media Research Institute, that the Islamic Republic’s advancement was alleged intolerable” for America and the West.

Khamenini then went on to attack a slew of past US presidents since the 1979 Iranian revolution, calling Trump a “dope” and Biden “demented.”

Despite worries from personalities across the political spectrum of Biden’s own party that a nuclear deal with Iran would not impede Iran’s nuclear goals and would instead transfer more funds to the terrorist-financing regime.

The Biden administration, however, reportedly continues to remain optimistic.

This Thursday, US Ambassador to Israel Tom Nides stated that a nuclear agreement with Iran is “not off the table.”

The Iranian dictatorship has been shaken by anti-government rallies across the country, spurred by the death of Mahsa Amini, a young Kurdish woman, by morality police for refusing to wear a hijab.