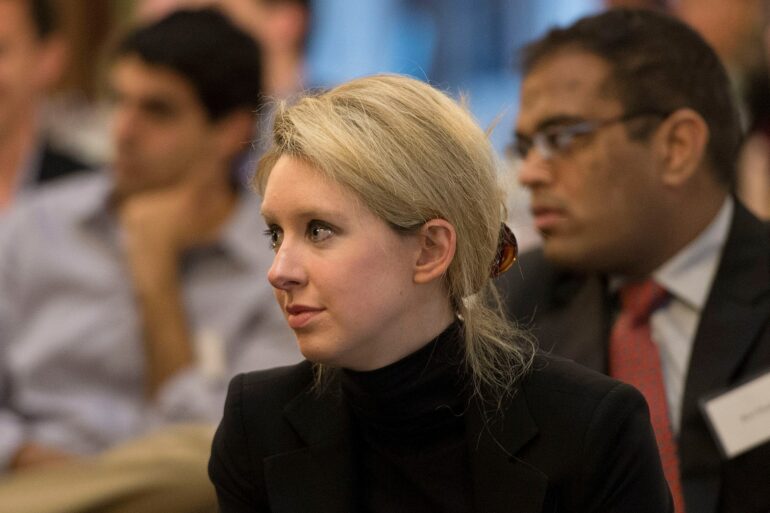 Elizabeth Holmes, a former biotech entrepreneur and liberal media darling, was sentenced to 11 years in jail on Friday for duping investors into believing she had revolutionized blood testing when in fact the technology she promoted turned out to be a complete fraud.

Holmes was sentenced to 135 months in jail for running the phony biotechnology business Theranos.

The Department of Justice had originally asked for 15 years in jail and $800 million in compensation from the disgraced founder toward the victims of her scam.

Holmes was convicted on four charges of wire fraud in January after a months-long trial.

Holmes’ collapse stems from her deception of investors into believing that her company’s portable blood analyzer could do thorough blood testing with just a few drops of blood when in fact it could do nothing of the sort.

Her now-defunct enterprise was reportedly valued at $9 billion, and in 2014, Forbes named her the world’s youngest self-made woman billionaire.

As an entrepreneur, Holmes was able to get the support of numerous significant political and corporate leaders, including former Secretary of State George Shultz and former Defense Secretary James Mattis.

Holmes was also close to the Clintons and held a fundraiser in 2016 in support of Hillary Clinton’s failed presidential campaign.

Holmes was given one last chance to speak to the court before she was sentenced. She sobbed as she expressed sorrow for disappointing those who had previously expressed faith in her and her fraudulent enterprise.

In a statement issued before the sentencing, federal judge Edward Davila stated that the history of Silicon Valley is dependent on investors’ capacity to make judgments free of falsehoods and deception.

Davila said that the court evaluated the overall loss as $384 million in investments and a $121 million loss in share value that may be clearly ascribed to Holmes’ deception.