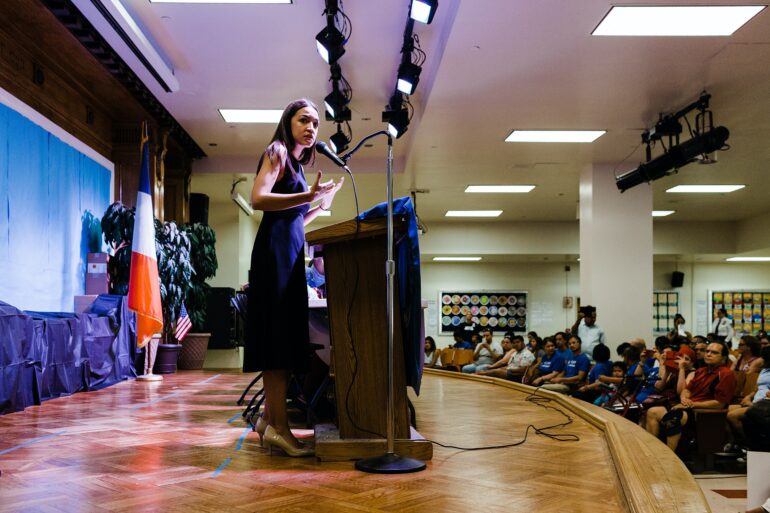 Rep. Alexandria Ocasio-Cortez claimed that has been living in constant dread and fear for her own safety since being winning her first primary during an appearance on Chris Wallace’s new CNN show.

During an interview on CNN’s “Who’s Talking To Chris Wallace?” the New York Democrat discussed how her fear of threats and violence has affected her everyday life

“Absolutely, I felt that my life has been in danger since the moment that I won my primary election in 2018. And it became especially intensified when I was first brought into Congress in 2019,” Cortez claimed.

“It means when I wake up in the morning, I hesitate to walk my dog. It means when I come home, I have to ask my fiancée to come out to where my car is to walk me to just from my car to my front door,” She continued after being prompted for more information from Wallace.

When Wallace tried to press her about her own alleged extremism however, Cortez got defensive.

“I think a lot of people in this country may say yes, but it’s important for us to dig into the substance of what that actually means. As someone who is often, I think, characterized as extreme, I of course would object to that. I do not believe that I am as extreme in the way that Marjorie Taylor Greene on the Republican side is extreme.” Cortez exclaimed.

Wallace originally had a program that was set to air on CNN+, before the online only network was canceled due to low ratings.