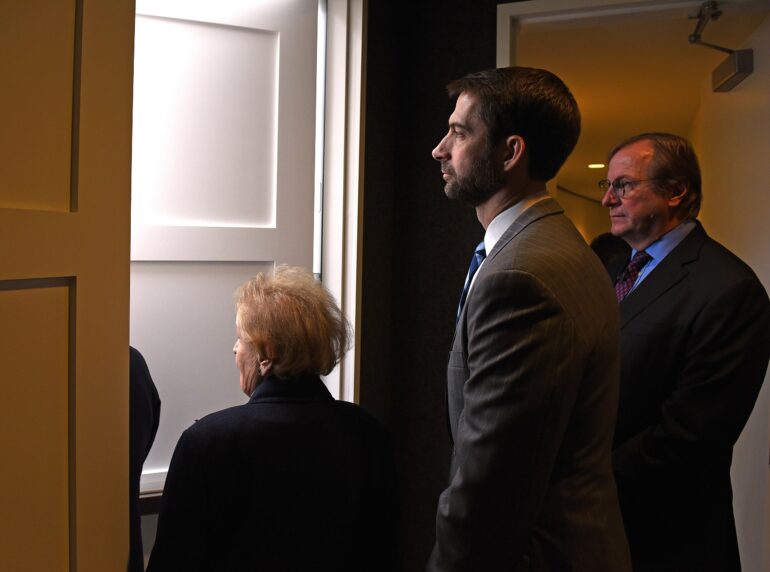 Tom Cotton Announces His Official Decision on the 2024 Presidential Race

Sen. Tom Cotton (R-AR) has reportedly chosen not to run for president in 2024, after months of rumors that the 45-year-old was preparing to compete for the country’s highest office.

Cotton would have faced uphill struggle to reach the top tier of Republican contenders in terms of polling, with Florida Governor Ron DeSantis (R) and former President Donald Trump (R) being the only two candidates who regularly poll in the double digits.

According to two people familiar with his thinking, the senator has been reaching out to fundraisers, allies, and prominent Republicans in recent days to notify them of his plans.

Cotton has cited family issues as the reason for his choice, claiming that a national campaign would take him away from his two young kids, ages seven and five.

Cotton was among those considering a nationwide campaign before this week. He has spent most of the last two years advocating for Republican midterm candidates around the country, utilizing local campaigns to introduce himself to people.

He has made many trips to Iowa and New Hampshire, the sites of the party’s first two presidential nomination conventions. He also raised $8 million, which might have been used to start a presidential campaign.

However, Cotton stated unequivocally that he would be willing to serve in a future Republican presidential administration. Cotton, an Afghanistan and Iraq combat veteran, was considered as a possible CIA director contender under the Trump presidency.

Former President Trump is widely expected to announce his 2024 presidential campaign soon after the midterm elections this Tuesday.