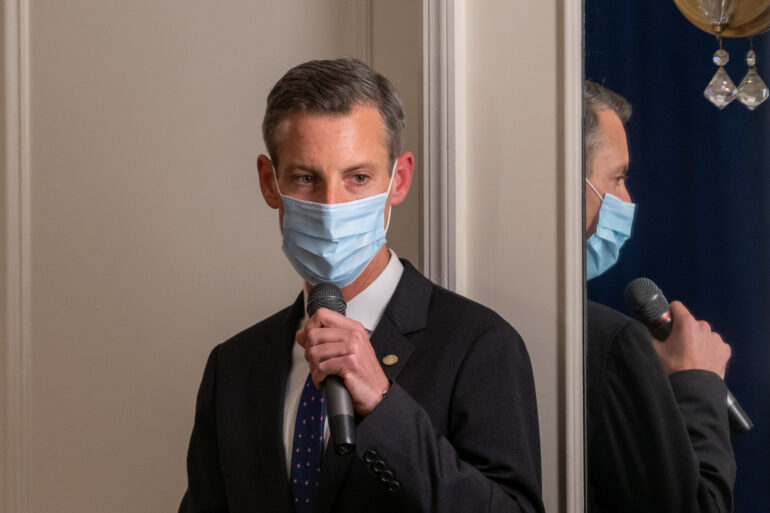 Biden State Department Spokesman Claims U.S. Has ‘No Choice’ but to Cooperate with China on Climate Change

According to State Department spokesman Ned Price, the United States has “no choice” but to work with Communist China as a partner on climate change.

Price was pressed by reporter Dylan Housman on whether the United States’ approach to collaborating with Communist China, a large coal producer and consumer, in order to combat global warming is actually effective, given that President Xi Jinping barely mentioned climate change in his recent report to the Communist Party of China congress.

“We have no choice but to find ways to cooperate with the PRC when it comes to climate. We’ve demonstrated our ability to do so in the past and in fact it was about a year ago at the previous COP where Secretary Kerry and his counterpart announced a joint agreement that helped us make tremendous headway towards our ultimate climate goals.” Price said in response.

“The decision by the PRC over the summer to suspend cooperation on climate for that reason was deeply regrettable, not only because what it represents to the bilateral relationship, one of those areas of shared mutual interest, but it was even more regrettable because of the collective toll that it would take on the international community on the globe,” Price continued.

Price emphasized the importance of the United States and China, the two largest emitters, “finding ways” to collaborate in lowering emissions in order to keep temperature rises from exceeding 105 degrees.

The Chinese Communist party has consistently been cited as a major human rights abuser in addition to also being considered by most observers to be a major strategic and military threat to the United States and the nation of Taiwan.

A small island nation which many believe China is planning on invading, potentially in the next several years.

[READ MORE: Fox News’ Steve Doocy Leaves Biden Press Secretary Dumbfounded After Asking Her if Voting for Republicans is a ‘Threat to Democracy’]