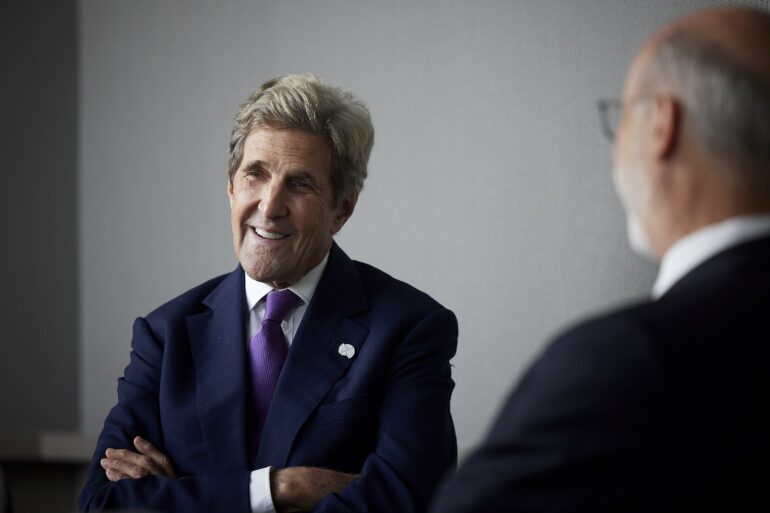 John Kerry, President Joe Biden’s climate envoy, is considering quitting the Biden administration because he does not want to defend his green program in front of a Republican-controlled House or Senate.

Furthermore, part of his motivation to quit his position is motivated by a desire to return to the private sector and earn more money.

In addition Kerry has reportedly expressed the opinion to colleagues that he has accomplished all that he possibly can under the current political environment.

The scoop was originally reported by Axios.

Kerry, is hesitant to stay in the administration because a Republican Congress may potentially grill him about his climate discussions with China as well his use of his family’s private plane and vast wealth.

Kerry has repeatedly urged governments and firms to invest in renewable energy, reduce carbon emissions, and avoid growing the use of fossil fuels, becoming the face of the Biden administration’s many Green initiatives.

All presidential envoys must now be confirmed by the Senate, which means Kerry’s prospective replacement may have issues getting confirmed if Republicans win control of the Senate in the November midterm elections.

An issue which is likely to spell difficulties in the next several years for the White House.