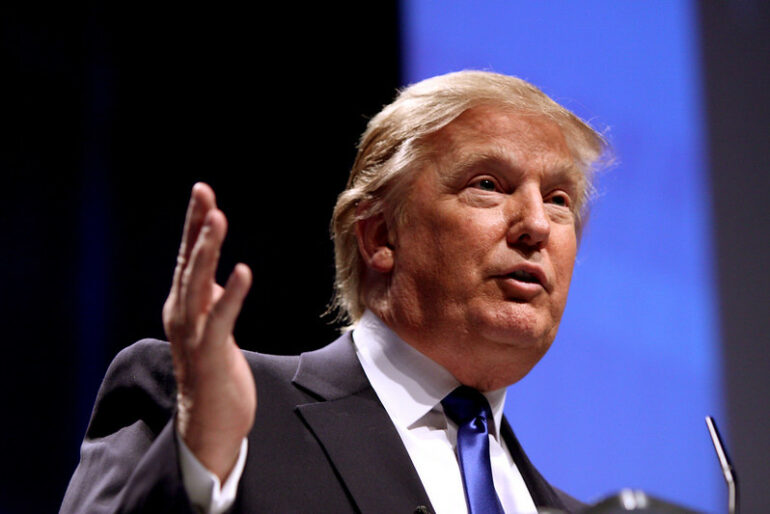 On Sunday, the O’Dea campaign revealed DeSantis’ endorsement, the latter of whom is reportedly exploring a potential presidential bid in 2024.

“A BIG MISTAKE!” Trump proclaimed on his Truth Social platform after the news broke.

“There’s this RINO character in the Great State of Colorado, Joe O’Dea, that is running against the incumbent Democrat for the United States Senate, who is having a good old time saying that he wants to “distance” himself from President Trump, and other slightly nasty things. He should look at the Economy, Inflation, Energy Independence, defeating ISIS, the Strongest EVER Border, Great Trade Deals, & much more, before he speaks. MAGA doesn’t Vote for stupid people with big mouths. Good luck Joe!” Trump wrote on his Truth Social platform.

O’Dea is running as a republican opposes abortion in some situations while backing in it others, additionally he holds a host of other positions that marks him as a distinct political moderate.

O’Dea has publicly expressed his opposition to Trump running in 2024 and portrays himself as a moderate in his bid to unseat incumbent Sen. Michael Bennet (D-Colo.), in contrast to the majority of other Senate Republican nominees in battleground states who won their primaries after receiving Trump’s endorsement.

Trump has not publicly declared his candidacy for president in 2024, but it is widely expected that he will.

The clash underlines a potential fault line between Trump and DeSantis as the midterm elections approach.

DeSantis’s decision to endorse a candidate that has been specifically denounced by Trump multiple times could indicate a willingness on the part of the former to openly defy the former President.

A tendency which could continue and become more severe if DeSantis decides to challenge Trump for the GOP Presidential nomination in 2024.