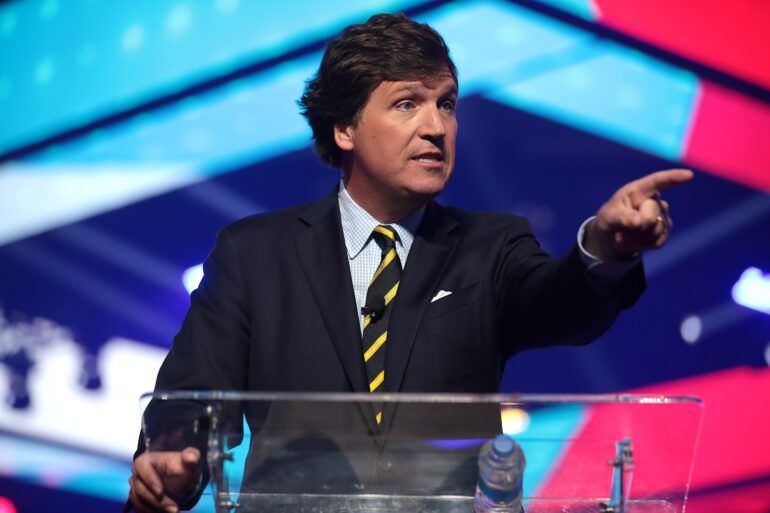 Fox News officials are reportedly extremely alarmed over the leak of never-aired tapes of Tucker Carlson’s chat with Kanye West, and the network is now apparently closing in on the “mole” who was the source of the major breach.

Carlson interviewed West, who now goes by the name Ye, a few weeks ago, and praised him as a daring truth-teller scorned by liberal elites for his increasingly far-right ideas and antics like as wearing a “White Lives Matter” shirt to Paris Fashion Week and other activities which have taken aim at liberals and far-left wing ideas.

Despite Fox News’s celebration of West’s rhetoric, unaired portions of the interview which were released to Vice’s Motherboard revealed the musician and fashion entrepreneur indulging in allegedly antisemitic rhetoric as well as odd allegations about “fake children” being used by unknown forces to somehow mislead his children.

These more awkward and potentially embarrassing snippets were not included in the final broadcast of Carlson’s interview with the rapper.

The last time it had to deal with a similar situation, in 2012, the network located and took the leaker—Bill O’Reilly’s then-associate producer Joe Muto—out of the workplace in less than 24 hours.

Following the 2012 breach, the network implemented tougher security rules for viewing footage, making it more difficult to get critical outtakes like the Ye ones.

New Documents Reveal How Much Fauci Profited During Pandemic

It remains to be seen whether or not the network will be forced to implement even more stringent measures in the wake of the latest leak scandal.