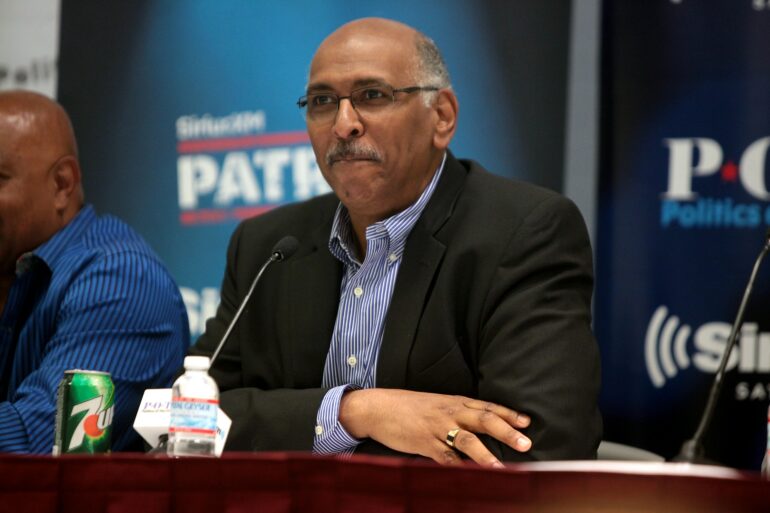 Former Republican National Committee chairman Michael Steele claimed on MSNBC Tuesday that voters should ignore worries about inflation and rising gas costs because Republicans will supposedly destroy democracy if they win in November.

According to current polling data, people are most concerned about the economy and inflation, but Democrats have a lot on in terms of the economy, host Stephanie Ruhle claimed during the introduction to her program “The 11th Hour.”

Steele then joined the show as a guest and then quickly pivoted to claiming that American democracy would be at stake in November.

Steele then went on to slam what he referred to as the ‘insurrectionist’ Republican party.

“[Democrats must] help people understand that without an underlying, functioning democracy, it doesn’t matter what your gas prices are, baby. It won’t matter whether or not you’re paying $5 for a gallon of gas or $2 for a loaf of bread, what will matter is you won’t be able to afford anything because you can’t vote, you can’t freely assemble, you’re on hit lists, our Congress is dysfunctional. All these things are linked together.” The former Republican chairman claimed.

Both ‘headline’ and ‘core’ measurements of the consumer price index (CPI) remained significantly elevated in September, the latest month for which data has so far been released.

According to an October Gallup poll, respondents seem to currently prefer the Republican Party over the Democratic Party as the midterm elections near.