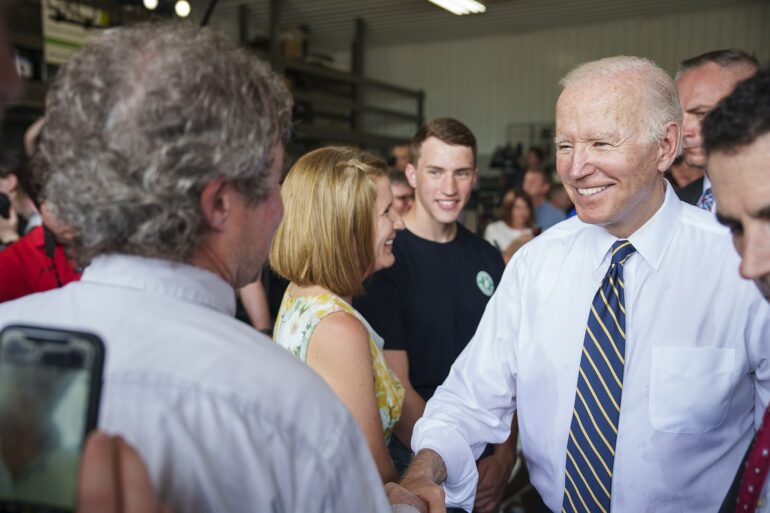 During a visit to Florida on Wednesday, President Joe Biden hurled an F-bomb during a hot mic moment.

The blunt and unscripted moment occurred as Biden spoke with Fort Myers Beach Mayor Ray Murphy, who had just complimented the president for visiting the state.

The two men were shaking hands when Biden said something that was unclear on the recording.

Several observers speculated that he stated, “No one f***s with a Biden,” albeit the final word was somewhat muted.

Biden continued, saying that “you can’t dispute with your brothers outside the house.”

It was unclear exactly what the two men were referring to.

Biden was in Florida to tour the damage left in the wake of Hurricane Ian.

During his time there he also met with Florida Governor Ron DeSantis, a man he may very well face down in the 2024 presidential election, to help coordinate emergency response to the storm.