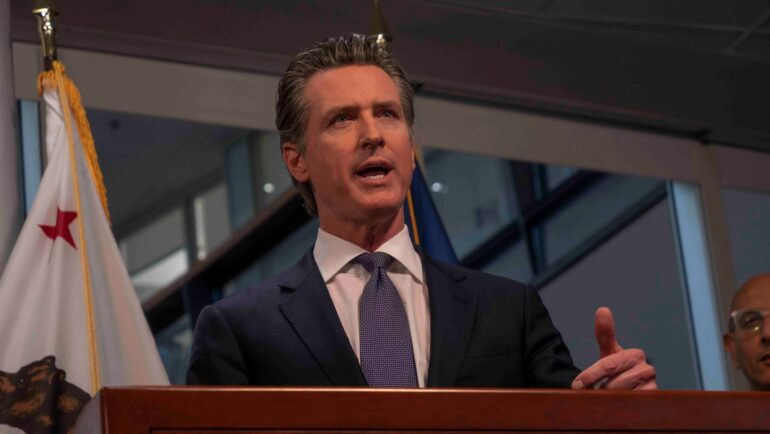 On Thursday, Democratic California Governor Gavin Newsom signed legislation that would allow prior arrests or convictions to be disguised from future background checks.

The measure, SB-731, would make a person who has been convicted of a crime eligible for automatic conviction relief.

People who are registered sex offenders or have committed a significant or violent crime in the past would allegedly be exempt from the measure.

Four years must also have gone by since the individual completed probation and has since not been convicted of another felony.

In addition, someone who has only been arrested for a crime but not convicted may also be eligible for “arrest record relief.”

The felony offender must not be serving time in prison or have any indication of pending criminal indictment in order to be eligible.

In addition, he or she must not have an active criminal record.

The State of California’s Justice Department must examine criminal records to identify people with convictions who fulfill the requirements for eligibility for the program.

According to the Peace Officers Research Association of California, offenders released with their records erased will likely be less deterred to commit other crimes. They also pointed out that the measure’s phrasing did not preclude those convicted of violent crimes from being eligible for the program.

California is the first state in the country to have an automated mechanism for sealing felony records. In 2019, Newsom approved legislation that made California the third state to provide automatic “clean slate” record relief.

The bill is just one of the many far-left legislative actions Newsom has enacted since becoming governor.

According to some sources Newsom also has his eyes set on the Presidency in 2024 if President Biden chooses not to run for re-election.