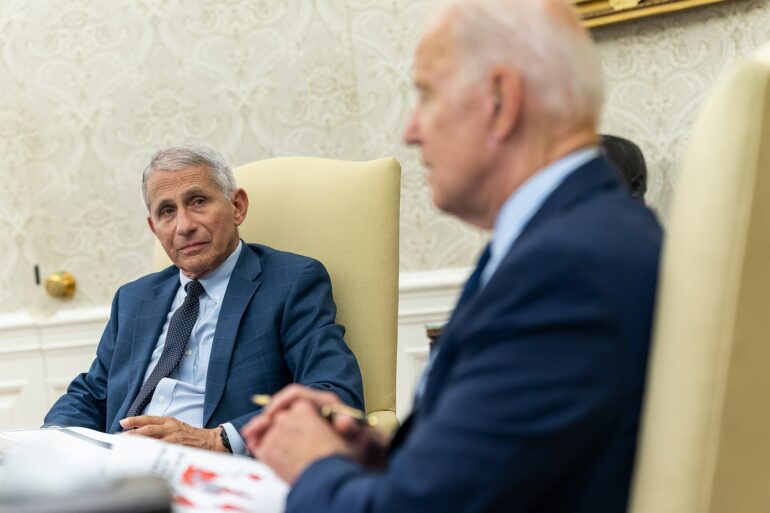 New Documents Reveal How Much Fauci Profited During Pandemic

According to newly discovered documents, Dr. Anthony Fauci’s net worth skyrocketed massively during the COVID pandemic, leaving the career government employee with a nearly $13 million net worth.

According to financial filings acquired by OpenTheBooks.com, the 81-year-old head of the National Institute of Allergy and Infectious Diseases increased his net worth by $5 million between 2019 and 2021 alone.

The watchdog group has fought to uncover Fauci’s financial records, filing four federal lawsuits against the National Institutes of Health, the federal agency in charge of Fauci’s office in order to seek more transparency regarding Fauci’s income.

Earlier this year, Senator Roger Marshall (R-KS), ordered the government to release Fauci’s unredacted income statements for 2019 and 2020 following a violent Capitol Hill dispute that saw the doctor call the congressman “a moron.”

Fauci earns $480,000 per year as the federal government’s highest-paid employee, outstripping even the President of the United States.

Fauci also received a six-figure salary for editing “Harrison’s Principles of Internal Medicine” and serving on the board of directors for its publisher, McGraw Hill.

In addition to the aforementioned sources the doctor also received $2,832,876 in unrealized investment profits. Royalties and travel perks totaled $919,205, with investment gains totaling $910,174.

REPORT: Majority of Hate Crimes in Philadelphia Now Carried Out Against White People

Fauci also kept an ownership position in a San Francisco restaurant, Jackson Fillmore, worth between $1,000 and $15,000, according to the records.

These new discovered documents beg the question of just how much Fauci’s medical decisions were fueled by factors not related to public health.