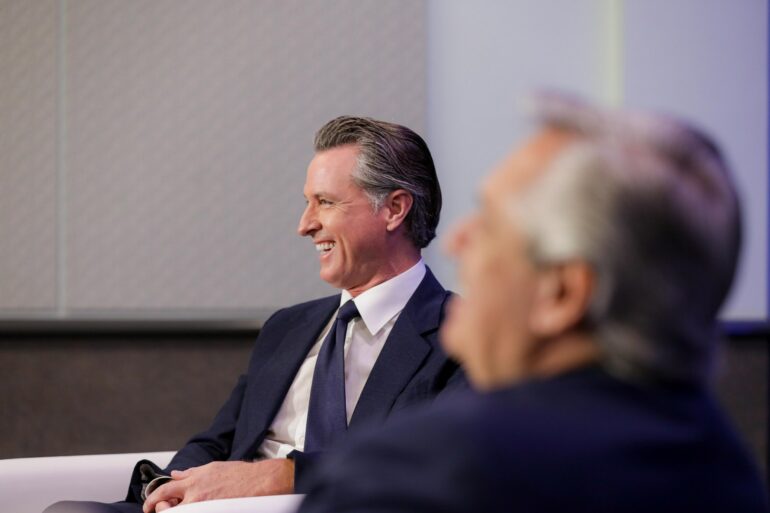 Gavin Newsom Attacks Fox News, Claims They Use ‘Illusion’ to Control the ‘Narrative’

The political media is engaged in an information battle, and according to Gavin Newsom, the Democratic Party is being “crushed” by “ruthless” Fox News prime-time presenters.

The California Governor made the remark while speaking at the Texas Tribune Festival this weekend. He highlighted his father-in-law as an example of someone he admires while also being perplexed by his conservative views, which he attributes to Fox News prime time. A chunk of Newsom’s statements were discussed on CNN’s New Day on Monday morning.

“That prime time line up by Fox, they are ruthless. They dominate the most important thing in American politics today, and that’s the narrative. Facts become secondary to narrative. They dominate with illusion. We are getting crushed.” Newsom said.

Newsom’s wild claims received absolutely no pushback from the panelists Margaret Hoover and John Avlon who were present while he made the remarks.

Hoover, who is at least somewhat sympathetic to Republicans, did eventually push back against some of Newsom’s assertions, stating: “I don’t think necessarily Democrats suffer from lack of a narrative…They own the presidency right now and have control of the Senate. I worry about what he’s pointing to.”

Newsom has pushed his way into the spotlight over the last year since he successfully fought off an attempted recall election, and has since become a likely favorite in the eyes of many political observers to succeed President Biden as the Democratic nominee in 2024 should Biden choose not to run for re-election.