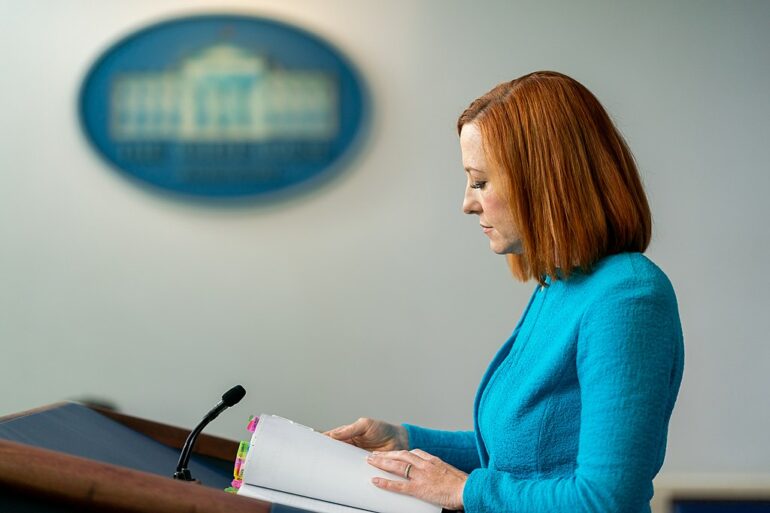 Jen Psaki didn’t speak highly of her former boss during a recent interview.

The former White House Press Secretary gave a bleak outlook for the midterms if voters focus on a specific topic – her former bosses performance in office, The Daily Caller reports.

Psaki appeared on a panel on NBC’s “Meet the Press” and was frank with viewers stating “democrats will lose” if the November election is a referendum on her former boss, President Joe Biden.

“They also know that crime is a huge vulnerability for Democrats — I would say one of the biggest vulnerabilities — and if you look at Pennsylvania, for example, what’s been interesting to me is … you follow the money and ‘where are people spending money?’”

“And in Pennsylvania, the Republicans have been spending millions of dollars on the air on crime ads against [Senate candidate John] Fetterman, because that’s where they see his vulnerability. So yes, the economy is hanging over everything, but you do have to look at state by state factors and crime is a huge issue in the Pennsylvania race.”

A recent poll by ABC and the Washington Post revealed that Biden’s approval rating is 39% up from 31% in July when Americans got hit hard by gas prices.

Even Biden’s closest allies appear to be turning on him. An ominous sign for his candidacy in 2024.

[READ NEXT: Biden Tries New Tactic to Take Out DeSantis]