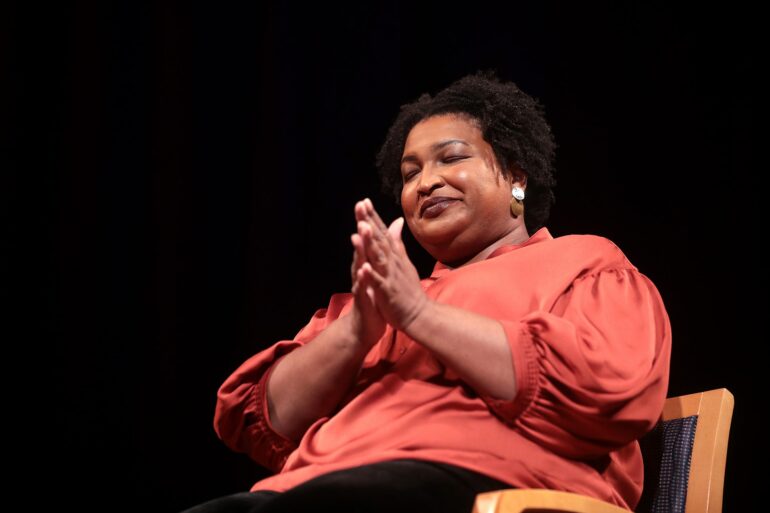 At a recent Atlanta event, Abrams stated that the discovery of a heartbeat in six-week-old babies is somehow made by males, who allegedly devised ultrasounds in order to fool women into not having abortions. According to numerous experts and even Planned Parenthood itself until very recently, ultrasounds do, in fact, indicate a baby’s heartbeat begins at six weeks.

The failed former gubernatorial candidate then went even further than simply trying to deny the existence of a baby’s pulse at six weeks. She also claim said that males conspired to design ultrasound technology in order to fool women into thinking they had a heartbeat.

Until recently, even Planned Parenthood’s own website said that fetal heartbeats started at 5-6 weeks of pregnancy.

Liberal fact checkers like the Washington Post’s Glenn Kessler quickly came in to try and prove Abrams right, but were quickly debunked by experts on Twitter. So far Kessler has refused to issue a correction.

[READ NEXT: Chris Wallace Doubles Down on Trump Criticism]