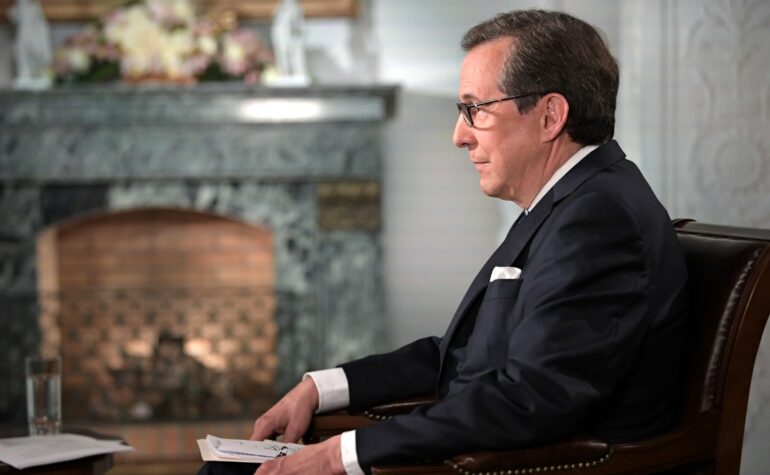 CNN anchor Chris Wallace was disturbed by a “strange” sight he claims to have witnessed at a recent political rally in which fans of former President Donald Trump made a one-finger salute during what he described as a “dystopian” section of Trump’s speech.

Wallace sat down for an interview with former Obama advisor David Axelrod for an episode of his show “The Axe Files.”

Axelrod urged Wallace to think about the most recent challenges to Trump, such as New York Attorney General Letitia James’s blockbuster fraud suit, and how Trump could possibly respond to them. Insinuating that Trump has now been backed into a political and legal corner.

Wallace cited the unusual rally atmosphere as an illustration of the risky path Trump seemed to be taking.

“You know, you had that weird thing over the weekend where he started talking about the country in very dystopian terms, and they started playing this music and people were putting up one finger and it seemed, not that I’m in any kind of an expert on this, kind of heading in the QAnon direction.” Wallace said.

“And what one wonders is, and he is under tremendous pressure, you know, in terms of the January 6th investigations… You know, he seems to be going in a darker and more extreme direction in terms of American politics.” He continued.

Wallace closed by audibly worrying about the future of American Democracy.

Wallace left Fox News at the end of 2021 for CNN+. Now that the latter has now gone bankrupt, Wallace is now planning to make his professional home at CNN and HBO Max.