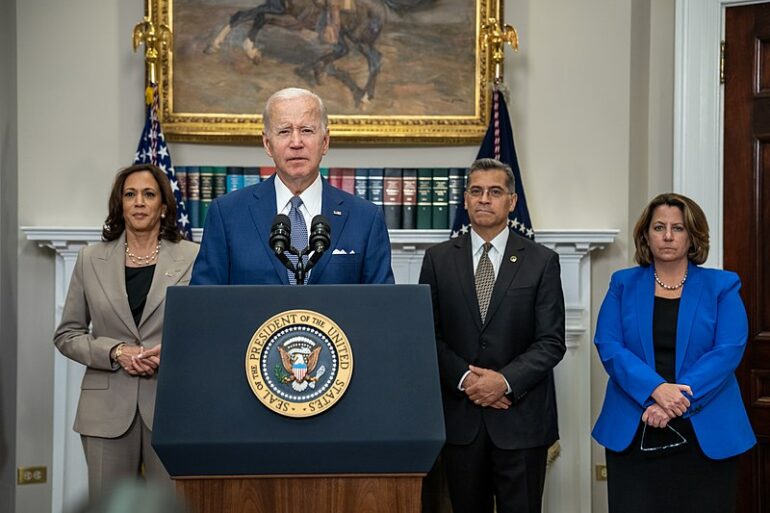 Joe Biden recently went scorched earth in an ill-fated attempt to demonize Trump, his supporters, and 75 million Americans while speaking in front of a communist-esque backdrop.

After being pressed during a press briefing by Fox News’s Peter Doocy, Biden appeared to walk back the attacks on Trump supporters, otherwise known as Americans, The Daily Caller reports.

Doocy asked clearly if President Biden, fresh off his fiery speech thought all Trump supporters were a “threat to the country?”

Biden quickly contradicted his earlier statements saying “I don’t consider any Trump supporter to be a threat to the country.”

“I do think anyone who calls for the use of violence, fails to condemn violence when it’s used, and refused to acknowledge an election that’s been won, insists upon changing the way in which the rules and count votes, that is a threat to democracy. Democracy. And everything we stand for, everything we stand for, rests on the platform of democracy.”

“When people voted for Donald Trump and support him now, they weren’t voting for attacking the Capitol, they weren’t voting for overruling an election, they were voting for a philosophy he put forward… So I am not talking about anything other than it is inappropriate, and it is not only happening here, but other parts of the world, the failure to recognize and condemn violence whenever it’s used for political purposes, failure to condemn, attempt to manipulate electoral outcomes, failure to acknowledge when elections were won or lost.”

Biden said during his speech that MAGA Republicans are threats to the “foundations of the republic.”

His press secretary Karine Jean-Pierre has gone on record to state that if you re not in the majority, you are extreme.