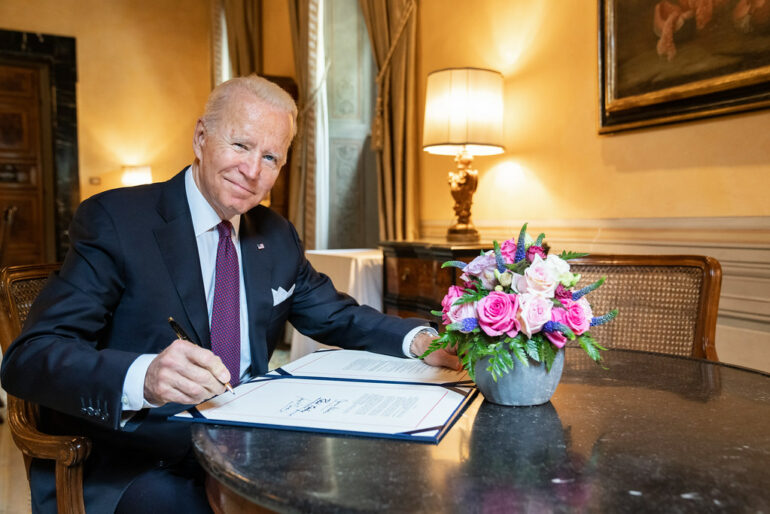 This article was originally published on FEE.org.

There’s an apocryphal quote often misattributed to Ben Franklin that goes something like this: “When the people find that they can vote themselves money, that will herald the end of the republic.” While we’re not quite nearing the collapse of our republic, we are actively witnessing the corrosive effect it has when the political power of redistributionism is abused.

President Biden is “canceling” (transferring) student debt for millions of Americans and forcing the rest of us to pay for it. His plan “cancels” $10,000 for borrowers who earn less than $125,000 individually or $250,000 for their household. It also includes two other forgiveness plans that bring the total cost to taxpayers up to $500 billion, a whopping $3,500 per federal taxpayer.

Simply put, we’re all going to have to pay more in taxes so that a relatively affluent slice of society doesn’t have to repay their investment on college degrees that will, on average, earn them $1 million more over a lifetime.

People are pissed off. And for good reason, as the manifest unfairness of punishing those who scrimped and saved to bail out those who didn’t is obvious and maddening. But there’s an even deeper injustice to this: President Biden is trying to, legally, buy votes and reward his party’s voter base.

Think about the simple facts.

Student debt “cancellation,” by definition, only financially rewards those who attended college. College graduates are a voting block that voted for President Biden overwhelmingly. So, too, this bailout disproportionately aids those living in major cities and those living in the Midwest and Northeast, where student debt is geographically concentrated. These just so happen to be places that voted for Biden as well.

You get the point.

President Biden’s student loan bailout is perfectly calibrated to benefit a slice of society that voted for him, and, more importantly, a voting block that is key to the Democratic Party’s success this November. Through it, he is attempting to use public policy to reward his voters at the public’s expense.

This is precisely what French economist Frédéric Bastiat once dubbed “legal plunder.” He famously noted that, “Government is that great fiction by which everyone tries to live at the expense of everyone else.”

To this end, Bastiat explained, “Sometimes the law defends plunder and participates in it. See if the law takes from some persons what belongs to them, and gives it to other persons to whom it does not belong. See if the law benefits one citizen at the expense of another by doing what the citizen himself cannot do without committing a crime.”

To be clear, something being “legal” plunder doesn’t always mean it is actually legal. In this case, Biden’s attempt to unilaterally cancel student debt is highly suspect both constitutionally and legally. It’s legal plunder nonetheless, however, because it attempts to pervert the law and use it for naked clientelism.

That might win the president some votes. But it’s exactly the kind of partisan plunder that corrodes a republic.

[READ NEXT: Congress is Supersizing This Force]