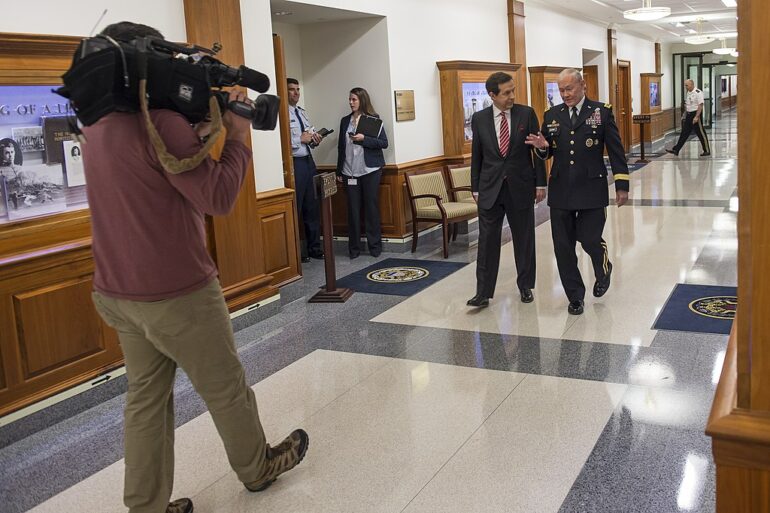 Chris Wallace of CNN, formerly of Fox News, is sounding off.

A recent attack on an FBI office by an alleged Trump supporter was met with silence from Republicans and Wallace is not happy.

Mediaite reports that Wallace sounded off when asked about Trump’s smear of the FBI:

BRIANNA KEILAR: He sort of put out his new talking points. I think if these documents are to be released, which lays the groundwork for this being planted evidence asking, “well, why wouldn’t the FBI allow the inspection areas with our lawyers or others present,” the idea being, “oh, we didn’t have eyeballs on what they were doing, what were they up to?” Do you think, Chris, Republicans who have come out so vociferously, and in some extreme language, supporting Donald Trump, talking about how this is the DOJ being weaponized against him, do you think they’re going to take this leap?

CHRIS WALLACE: Well, yeah! You know, there’s every indication that some of them will. You know, I mean, look at what happened yesterday, where you have this person who goes to attack, if he’d been able to get in, perhaps to kill FBI agents. And, you know, the thing that was, to quote Simon and Garfunkel, the Sound of Silence. You heard precious little condemnation from people on the right. I read one newsletter. I don’t know if it is literally true, about how few top Republican officeholders in Ohio, this took place in Cincinnati, how few of them condemned the action of Ricky Schiffer, the man who was killed by the FBI after the attack. So do I think that there are a number of Trump supporters who will continue to follow Donald Trump in whatever course he decides to take? Of course.

JOHN BERMAN: You know, attorney general, former Attorney General Alberto Gonzales was earlier and said the same thing. He said, where are the Republicans? At this morning saying, you know, no violence, saying this is wrong, saying what happened in Cincinnati was wrong. He, too, was stunned by the silence there.

CHRIS WALLACE: Well, I mean, again, we’re talking about a party that is, has hit Democrats for not supporting, backing the blue, for not supporting law enforcement. Here we have people doing their job. And, you know, let’s make it clear again, this was not a raid. This was a very carefully-vetted search. They went to a judge. They got a search warrant. They went in. They apparently had notified the Secret Service at least an hour ahead of time. They specifically, reportedly, were concerned to do it when the former president was not on the premises, and went in and did it. They basically did it by the book. You can argue as to whether they should have done it at all, but they did it by the book. And the idea that this is being seen as some huge, and the word has literally been used, Gestapo tactic by the FBI is just so out of touch with the reality of what happened.

Wallace has been ever critical of Republicans and left Fox News following the blowback from Trump’s 2020 defeat.

Embarrassingly, Wallace left Fox News for CNN+, which failed miserably and was shut down about a month in.

Since, CNN has been trying to find a place for Wallace, but hasn’t found the right fit yet.