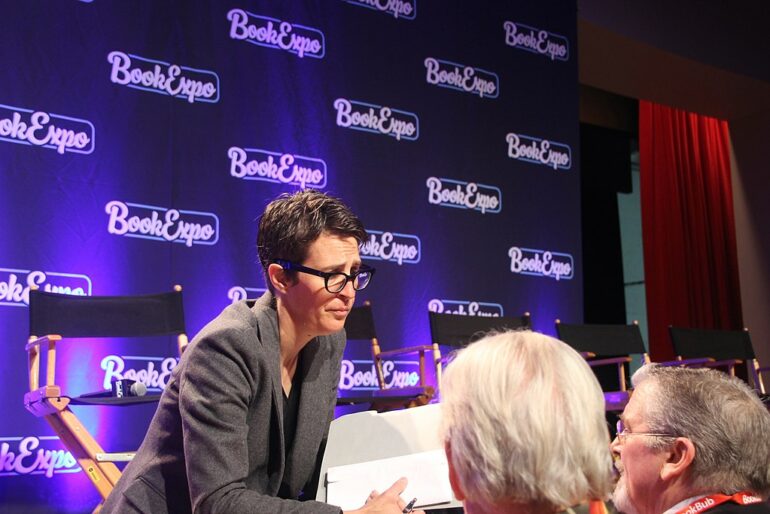 It isn’t clear if Maddow would vacation with the contentious Carlson, but she did offer up some heaping praise of the famous Fox News host.

Maddow claimed, “Tucker’s doing great right now… But look at Tucker’s career. The first show I worked on was his 11 o’clock show on MSNBC that nobody remembers. But he was always kicking around the business and has always been talented. It just — this turned out to be his moment.”

Going further Maddow claimed that she doesn’t reject her Fox News rivals and even wants to learn from them, “It doesn’t mean you don’t appreciate whatever they’re doing in terms of, you know, where they put their shortstop in order to give them a better defense. There’s a sort of, like, respecting the game, in terms of people who are doing well and people who are good at it.”

She even opened up about her friendship with former Fox News Chairman Roger Ailes, saying she got tips from him. “I mean that was the basis of my professional friendship with Roger Ailes. I wanted tips from him about how to be better on TV. And he was willing to talk to me about what I was doing well, and doing poorly, to help me get better.”

Maddow is a polarizing figure and pushed lots of conspiracies during Trump’s time in office, but at the very least she respects what Fox News is doing in terms of engaging its audience.