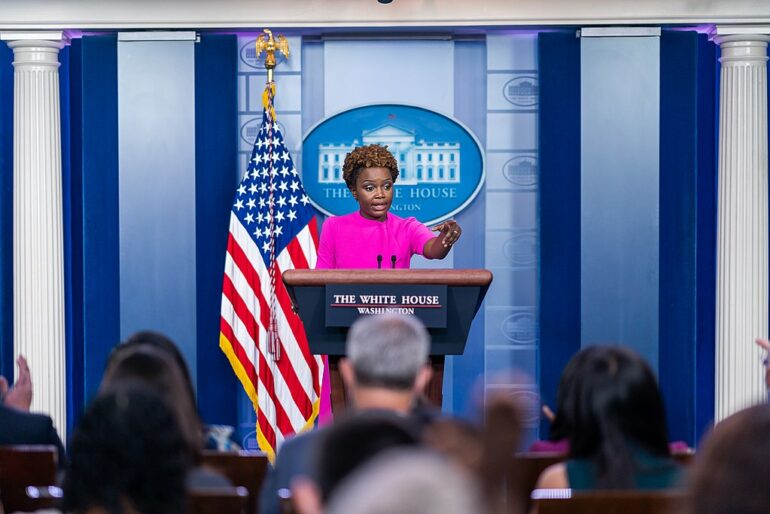 The White House is bragging about gas prices falling, and Peter Doocy of Fox News pointed out one big problem with that.

In, response Jean-Pierre claimed that it is because they have “gone down.”

This is correct, gas prices have fallen for the past 50 days but that reduction has been from historic highs that topped $5, $6, and $7 per gallon in some states.

Doocy pointed out that while Jean-Pierre is correct gas prices are still $1.72 higher per gallon then when Biden took office.

Jean-Pierre credited Biden tapping the Strategic Petroleum Reserve as a major driver in the decrease.

While the release of oil from the SPR may have played a role experts argue that the depletion has caused America to become more at risk from a national security perspective.

To make matters worse, much of the oil that was released was purchased by China, giving them an advantage while Biden tried to save his poll numbers.