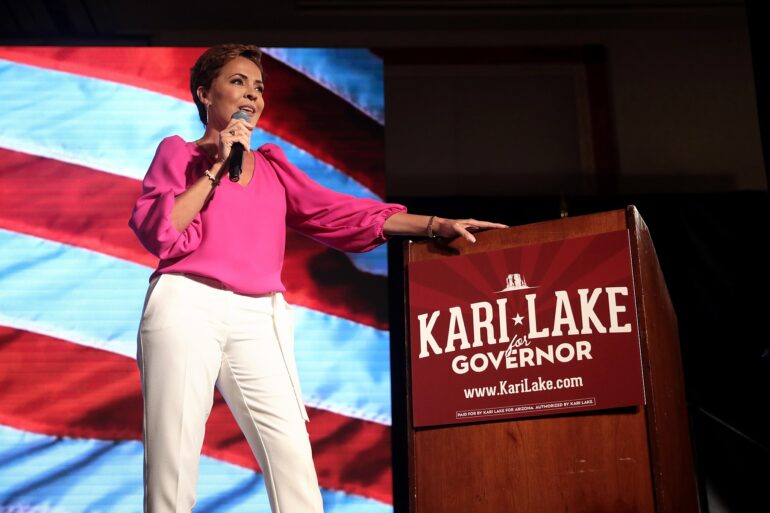 Kyung Lah approached Lake outside of an event.

Lake said to Lah, “You don’t have a mask on, anymore. What’s going on?”

Lah proceeded to ask Lake if she could chat presumably for an interview with CNN.

Then came the real zinger.

“I’ll do an interview with you…as long as it airs on CNN+, does that still exist?” Lake replied in a mocking fashion.

“I don’t think so, because the people don’t like what you guys are peddling which is propaganda,” she continued.

Lake then said “thank you” to the seemingly embarassed Lah as she walked away.

Lake, a former local news anchor, has been critical of the media during her candidacy and has received the endorsement of former President Trump.

Lake is competing against 2 serious rivals for the GOP nomination on August 2nd, including former GOP Congressman Matt Salmon –who has strong conservative credentials from his time in DC– and business owner Karrin Robson.

The winner will face the victor in Democratic primary which will be either Katie Hobbs and Marco Lopez.