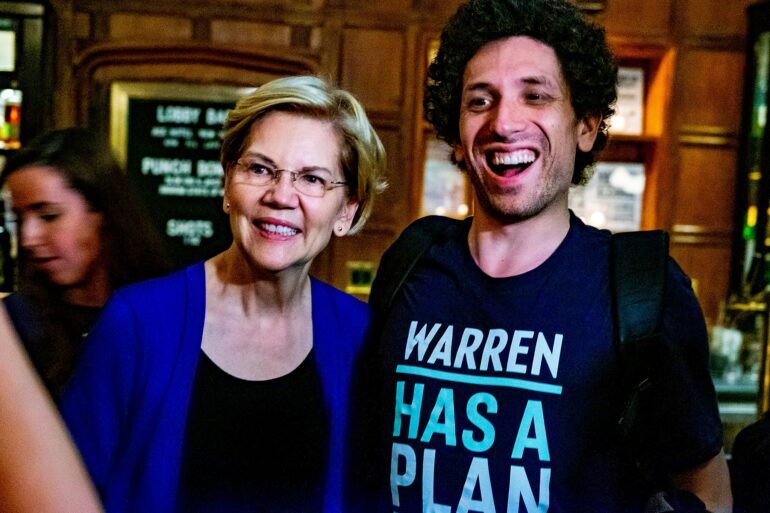 This article originally appeared on FEE.org.

Senator Elizabeth Warren made a name for herself in 2020 as the progressive Democrat who “has a plan” for everything. But her plans are often not very well thought through, and the Massachusetts Senator’s latest “price-gouging” initiative is a similarly bad idea.

WANT TO MAKE MONEY IN THE STOCK MARKET? LEARN TO TRADE STOCKS WITH A US MILITARY VETERAN [CLICK HERE NOW]

Warren is one of the many progressive politicians who has pushed the bogus narrative that “corporate greed” is to blame for our ongoing surge in inflation. (As I explain here, this isn’t the case). In response, she proposed an anti-“price-gouging” law that would outlaw “unconscionably excessive price increases” at large companies “during all abnormal market disruptions.”

Corporations are bragging about jacking up prices. And they get away with it because our markets lack competition. My Price Gouging Prevention Act would give the @FTC more power to go after price-gougers so we can lower costs for families.https://t.co/b5YHNOj02I — Elizabeth Warren (@SenWarren) May 15, 2022

What’s an “unconscionable excessive” price increase? What constitutes an “abnormal market disruption?” And how could federal bureaucrats huddled in an office in Washington, DC possibly make these determinations for all the different industries in America and the literal millions of factors that influence market prices?

Warren’s legislation offers no satisfying answers to these simple questions, which may be why an overwhelming majority of prominent economists just rejected a very similar concept out of hand.

IGM Chicago recently surveyed a group of top economists, including many from the Ivy League, and asked them whether “it would serve the US economy well to make it unlawful for companies with revenues over $1 billion to offer goods or services for sale at an ‘unconscionably excessive price’ during an exceptional market shock.”

(Notice the language is very similar to Warren’s proposal).

Weighted for confidence, an astounding 84 percent disagreed with the notion that such a plan would be good for the economy. As anyone who has spent time around economists can tell you, they’re a fickle bunch with a wide range of ideological influences, so this kind of consensus on an issue is quite unusual.

“This just seems unenforceable at every level,” said MIT economist David Autor. “What is unconscionable? Why only companies above $1 [billion]?”

In my personal favorite, University of Chicago economist Austan Goolsbee, who previously served under President Obama, simply responded, “How are we back on this again?”

Why is Banning High Prices Such an Economically Foolish Idea?

Of course, appealing to expertise alone is not much of an argument. We also need to understand why economists so resoundingly rejected this proposal and why banning “price gouging” runs afoul of basic economic principles.

Neil Gorsuch Takes a Stand Against the Tyranny of Unaccountable, Rogue Bureaucracy

“When resources are scarce and demand is outstripping supply, companies naturally raise prices. This encourages those who don’t truly need the resource or have an easy alternative not to buy it all up, reserving the resources for those who need them the most.

Think of gas prices, for example. When we’re experiencing serious fuel shortages — like we are right now — gas prices might rise as high as $4. With prices that high, people who could bike to work but prefer to drive might still bike to save money. But those who have to drive to work and have no other option will pay the higher price. This is an imperfect mechanism, to be sure, but it’s still one that mostly ensures the scarce fuel ends up with those who need it most.

Yet if ‘anti-price-gouging’ laws keep the price set at $2 because $4 is deemed ‘unconscionably excessive,’ gas stations will quickly run out of it. Who gets it versus who doesn’t will simply be a matter of chance.

What’s more, high prices during periods of high demand for a product are the force that attracts more businesses to come in and provide more of the good or service, which eventually alleviates the shortage and lowers the price again over time. But if the price is kept capped low, there’s no market force naturally bringing in more investment to boost the supply to keep up with increased demand.”

So, it’s not just experts telling us that anti-“price-gouging” laws are such a bad idea—basic economists and common sense alike confirm this reality.

Here’s hoping policymakers in Washington heed these warnings. If they don’t, everyday Americans will suffer the economic consequences.