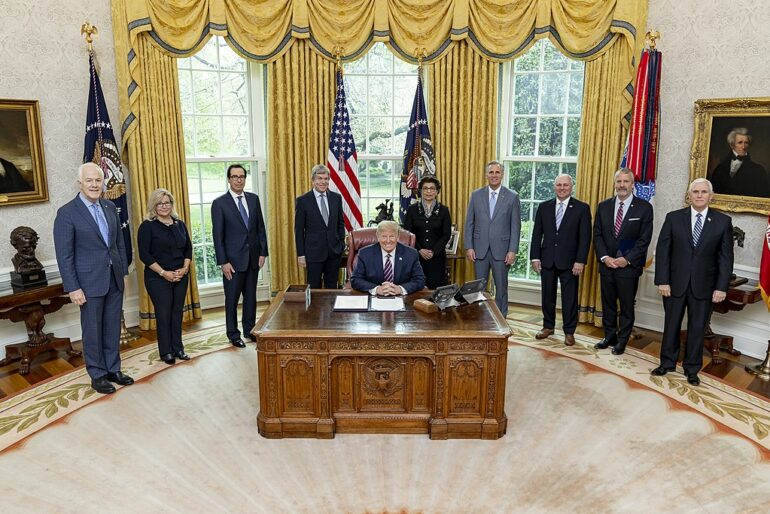 Trump, McCarthy and Scalise All in Opposition

GOP Rep. Liz Cheney of Wyoming officially filed paperwork to run for re-election in 2022 despite an onslaught of criticism from her own party.

According to the Daily Wire:

In Wyoming, we know what it means to ride for the brand. We live in the greatest nation God has ever created, and our brand is the U.S. Constitution,” she tweeted. “I’m running for re-election and asking for your vote because this is a fight we must win.

Liz Cheney, the daughter of former Vice President Dick Cheney, has faced opposition from her own party’s leadership for voting to impeach President Trump. Despite the criticism she agreed to serve on the Democratic Party’s January 6th investigative body.

She is set to face a crowded field for renomination which would normally be considered unusual for someone who formally served as the House GOP Conference chair.

Former President Trump and other GOP leaders, including GOP Leader Kevin McCarthy and House Minority Whip Steve Scalise, have endorsed her primary challenger Harriet Hageman. It’s also worth noting that McCarthy and Scalise were the ones who kicked her out of GOP leadership in the House.

On Saturday, President Trump is hosting a ‘Save America Rally’ on behalf of Hageman and over 100 GOP Leaders headlined a fundraiser for Hageman just this past month.

Hageman has taken a similar tone as Trump, McCarthy, and others in her criticism of Cheney.

In one of Hageman’s recent ads, a narrator lambasts Cheney, “Liz Cheney doesn’t know what riding for the brand means. We sent her to D.C. to be loyal to the outfit that hired her. Be loyal to Wyoming, and our values. Instead of fighting for us, she’s fighting against President Trump. She betrayed us, she betrayed our values, she betrayed the brand.”

Cheney certainly faces an uphill battle heading into the primary and her only glimmer of hope is the crowded field will split up enough votes for her to sneak past the finish line despite her negative 44% favorability rating amongst Wyoming Republicans.