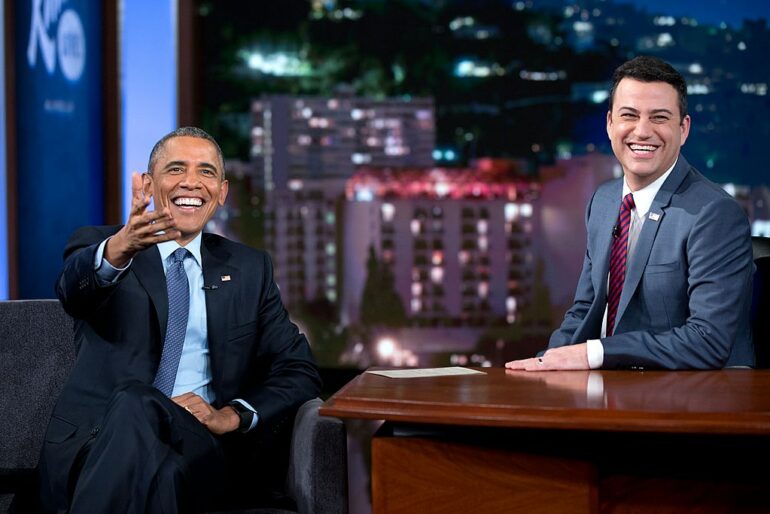 Late night host Jimmy Kimmel made a joke about Will Smith slapping United States Representative Marjorie Taylor Greene (R.-GA.) and in return she filed a report with the United States Capitol Police.

The New York Post reports that Greene tweeted that the joke amounted to a “threat of violence” and in return she filed the report.

Kimmel fired back tweeting “officer? I would like to report a joke.”

Greene responded that it was not a joke and claiming that his fan in turn called her office to threaten her, saying his words incited violence against her.

Greene has been in the spotlight since winning election in November 2020 for her embrace of conspiracy theories and her hyperbolic rhetoric.

Democrats voted to kick her off committees in the House in 2021, leaving Greene with not much power in Washington.