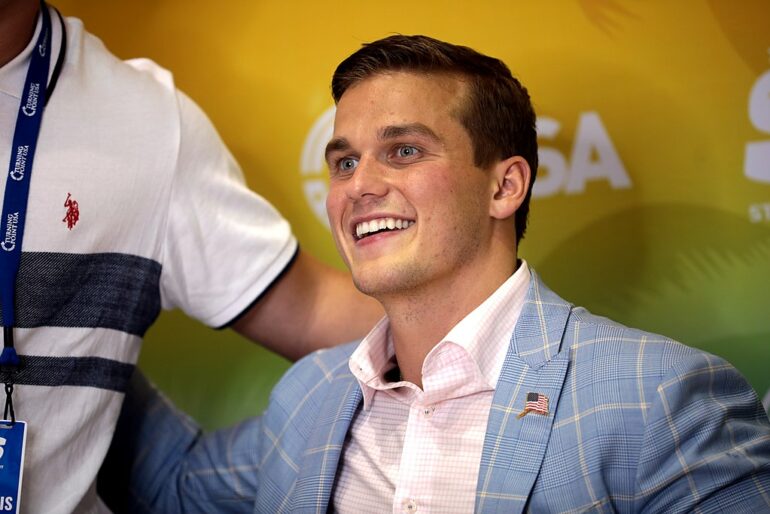 Republicans in Washington DC are firing back at Freshman Representative Madison Cawthorn (R, N.C.) for controversial comments about the underbelly of DC politics.

Now Republicans are firing back rebutting Cawthorn’s claims and threatening to primary the Representative.

CNN reports, that North Carolina Senator Thom Tillis is among them, and is now throwing his endorsement behind a primary opponent for Cawthorn, State Senator Chuck Edwards.

Tillis is on record stating, “It comes down to focus on the district, producing results for the district, and in my opinion, Mr. Cawthorn hasn’t demonstrated much in the way of results over the last 18 months.”

Tillis isnt’ alone, the Freedom Caucus has considered kicking him out and endorsing a challenger, as have many other Republicans.

Trump Lashes Out at ‘Fox & Friends’ Over Coverage

Outside of his claims of the debauchery in DC, he has upset leadership by getting in trouble with the law for driving on a suspended license, gotten a divorce after only 8-months, and has attempted to play kingmaker in North Carolina and across the US.

The controversy appears to only be heating up and even House Minority Leader Kevin McCarthy has stated that, “he’s got to turn himself around,” and that “he’s lost my trust.”