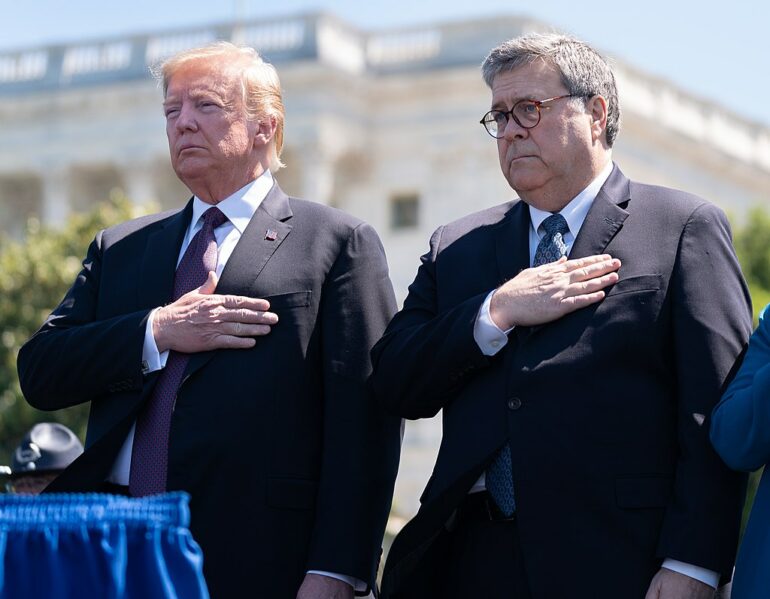 Former President Donald Trump recently sent a letter to NBC’s Lester Holt setting the record straight when it comes to the former Attorney General William Barr. First acquired by Axios, the 45th president of the United States wrote that he “made many great appointments during my Administration, and we accomplished more than most Administrations could even dream of, but Bill Barr was not one of my better picks.”

Mr. Trump was disappointed in the way that Barr “crumbled under the pressure, and bowed to the Radical Left—And that is not acceptable. Now he is groveling for the media, hoping to gain acceptance that he doesn’t deserve.” He also commented that the former attorney general was broken “just like a trainer breaks a horse.”

The letter was sent to Holt after he interviewed Barr and aimed to set the record straight after the former AG went after the former president on national television. When asked if Trump was responsible for what happened, Barr said: “I do think he was responsible in the broad sense of that word, in that it appears that part of the plan was to send this group up to the Hill. I think the whole idea was to intimidate Congress. And I think that that was wrong.”

The interview followed the House committee investigating the attack at the Capitol stated in a court filing that it had uncovered evidence showing that the former president’s campaign tried to illegally prevent Congress from certifying the Electoral Vote and “engaged in a criminal conspiracy to defraud the United States.”

This was not the first time that Donald Trump has gone after Barr. The Hill reported earlier in March, “Former President Trump lashed out at his former Attorney General Bill Barr on Friday, calling him “weak” and “ineffective” and accusing Barr of failing to do more to tackle Trump’s baseless claims of widespread voter fraud in the 2020 presidential election.

“Former Attorney General Bill Barr wouldn’t know voter fraud if it was staring him in the face – and it was,” Trump said in a statement. “The fact is, he was weak, ineffective, and totally scared of being impeached, which the Democrats were constantly threatening to do. They ‘broke’ him.”

Trump also accused Barr of refusing to act on Trump’s allegations of election fraud and irregularities in the 2020 election out of a desire to “save his own hide.”

Later in his interview with NBC, Barr declared that he did not think that President Trump had really committed a crime.

[READ NEXT: Barr Urges Americans to Move Past Trump]