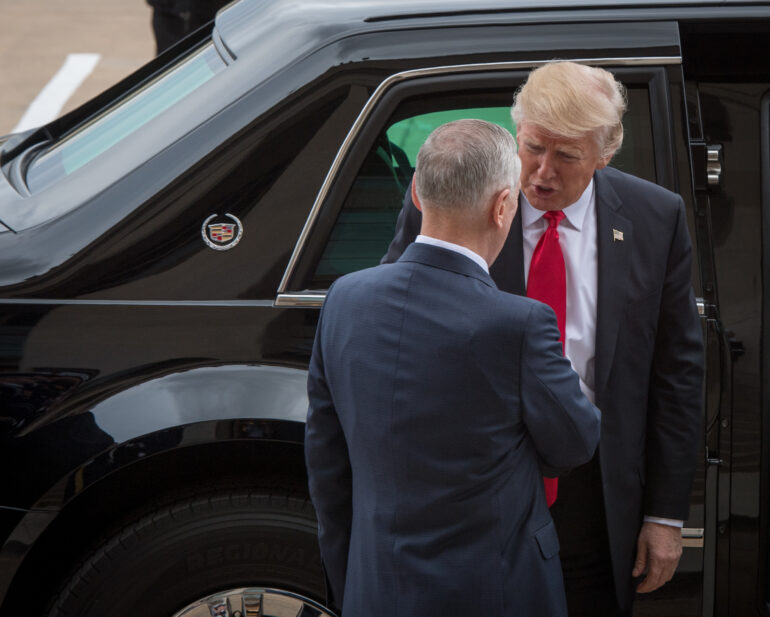 President Donald J. Trump swears in James Mattis as the 26th secretary of defense during a ceremony in the Hall of Heroes at the Pentagon in Washington, D.C., Jan. 27, 2017. (DOD photo by U.S. Air Force Staff Sgt. Jette Carr)
News

A new prosecutor has been chosen to lead the criminal probe into Donald Trump and his organization.

The announcement from the Manhattan District Attorney’s Office follows the abrupt resignation of the two prosecutors leading the probe earlier this week.

The resignations reportedly came after Alvin Bragg, the Manhattan DA, indicated that he had doubts about pursuing the case.

However, the case could be heating up with the new appointment. Susan Hoffinger will now be leading the probe into Trump and his businesses practices.

On Wednesday the resignations indicated that Bragg would not bring charges but the appointment of Hoffinger could change things. Regardless, there is still a civil probe into Trump and his organization by New York Attorney General Letitia James.

That probe focuses on whether Trump misrepresented assets to obtain loans and lower tax bills.