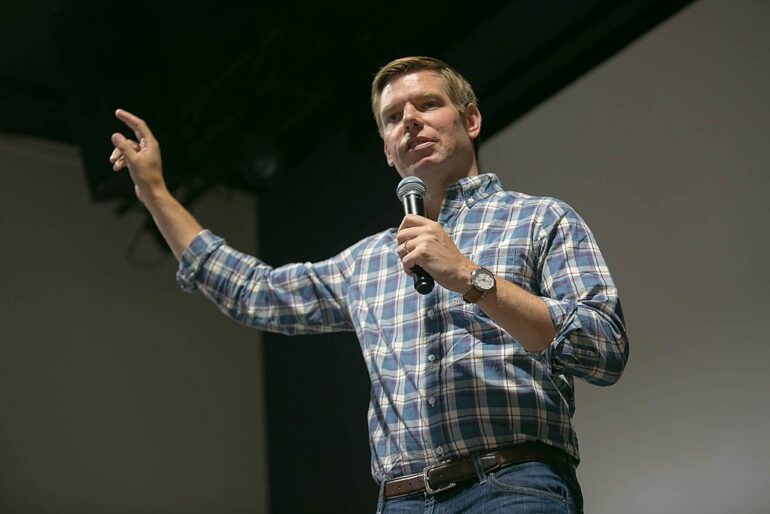 As bombs fell on Kyiv late Wednesday night and the process of Biden foreign policy losing its second ally in seven months became apparent, California Democrat Eric Swalwell did the only thing he could think of: call Republicans traitors. Swalwell, the only current member of the House Foreign Relations Committee to have had an affair with a Chinese spy employed in by his office, took to Twitter to declare that “Kyiv and Kharkiv are being bombed. The largest invasion on our planet since WW2. Republicans are rooting for the Russians. God be with Ukraine and democracy.”

Anyone with two feet in reality can see who’s been “rooting for Putin,” and it’s not been Congressional Republicans. In January, Democrats in the Senate defeated sanctions against Russia and their plans to build a pipeline into Europe.

The vote on Cruz’s measure sanctioning operators of the Nord Stream 2 pipeline was 55-44, short of the 60 it needed to pass. While opposition from the Democratic-controlled House and President Joe Biden meant it had little chance of success, Republicans used the opportunity to portray Democrats as timid in standing up to Russian President Vladimir Putin, whose troops are massed along Ukraine’s borders as he demands concessions from the West.

Putin “can smell the weakness,” Sen. John Barrasso, R-Wyo., said before the vote. “Stopping this pipeline should be an area of bipartisan agreement.”

Late Thursday night, Mitt Romney, who was famously derided by Democrats for calling Russia a geopolitical foe in 2012 released a statement: “Putin’s impunity predictably follows our tepid response to his previous horrors in Georgia and Crimea, our naive efforts at a one-sided ‘reset,’ and the shortsightedness of ‘America First.’ The ‘80s called’ and we didn’t answer.”

Swalwell has gotten one thing right, however. During his colossal failure of a presidential campaign, the California representative attacked Joe Biden as old and out of touch with the issues facing the world. I guess blind squirrels do find nuts once in a while.

[READ NEXT: Biden Throws in the Towel Against Major Foe]