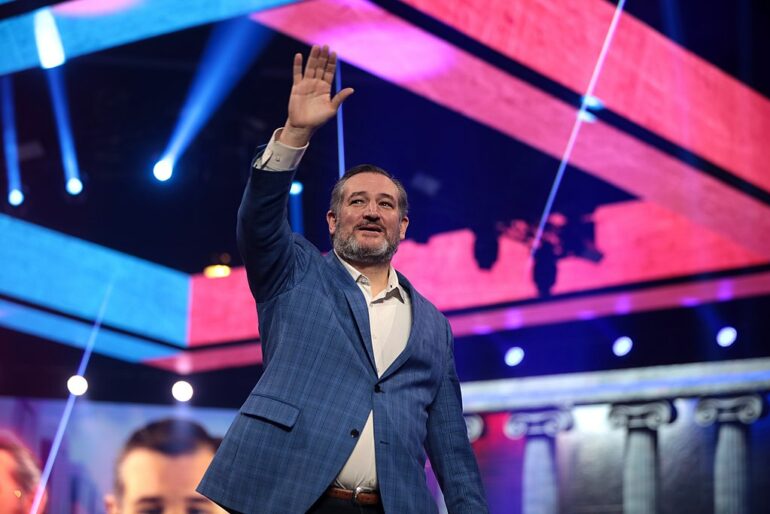 U.S. Senator Ted Cruz speaking with attendees at the 2021 AmericaFest at the Phoenix Convention Center in Phoenix, Arizona. Via Gage Skidmore
Politics

Ted Cruz Still has Dream of Running for President

Cruz says it all hinges on President Trump’s decision on whether to run or not, but his goal to be president seems to be alive and well.

Cruz has stated that it is resident Trump’s decision to make about 2024 but if he chooses not to run, he knows everyone will act accordingly.

The confidence is not lacking for Cruz who finished second to Trump in the 2016 primaries. Cruz says that strong finish gives him confidence that he could win the nomination and the presidency.

However, Cruz’s popularity is not as strong nationally as his confidence. Ron DeSantis is currently the second choice to President Trump and Cruz is only supported by 2% of primary voters, while in comparison Trump is supported by 50%.

It remains unknown if Trump will run but the 45th President has hinted that he would also like to be the 47th. It doesn’t appear that Cruz will stand in the way of this ambition but if he does the fireworks will be explosive seeing that the 2016 primary got very personal between Cruz and Trump.

[READ NEXT: Trump Promises Pardons if He Wins]