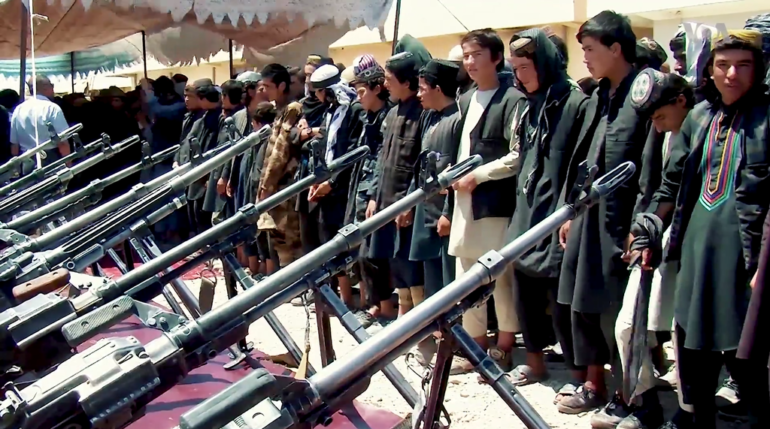 English: Islamic State fighters who have surrendered to Afghan government forces in April 2018, after having been defeated by the Taliban. via Wikimedia Commons
NewsPolitics

ISIS is back and just as dangerous as ever,.

Militants from the Islamic State killed 11 sleeping Iraqi soldiers and killed multiple individuals when it staged a prison break in Syria.

The violence marks the worst days of mayhem inflicted by the group in the past year and indicates the terror group is still active and capable.

Assaults lead by the Trump administration and US forces led to the loss of territory held by the group in 2019.

The attacks come as the Biden administration is working to reduce the United States footprint in the Middle East.

ISIS actions put the Biden administration in a tough spot between not allowing the group to gain momentum and continuing with the mission to reduce the footprint.

ISIS is also fighting Syrian Defense Forces which are backed by the United States which was able to kill 28 fighters, which included a Chinese national, while arresting 89.

ISIS is using civilians as shields according to reports, which is complicating the SDF forces’ attempts to take back the territory ISIS has recaptured.