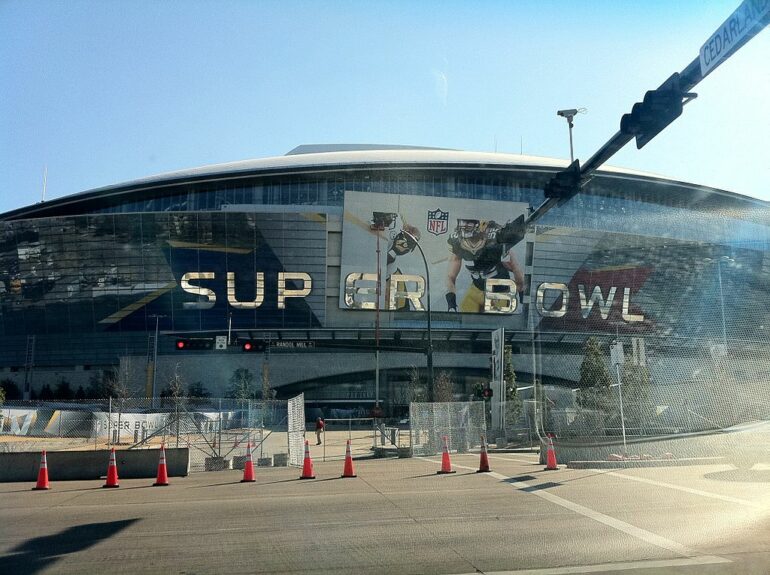 The NFL is examining alternate sites for this year’s Super Bowl.

The February 13th football extravaganza is slated to take place in Los Angeles at SoFi Stadium — the home to both the Los Angeles Rams and Chargers.

While, the Super Bowl is planning to go on as planned, AT&T Stadium — home of the Dallas Cowboys — is cited as a potential backup location should Covid-19 complicate logistics for the Super Bowl, according to WFAA.

If the location is moved this would be Dallas’ second time hosting the Super Bowl in 11 years.

It’s no surprise Dallas is muscling it’s way to become the backup location considering the economic impact the game has on the host city.

Last year, the Super Bowl brought over 570 million worth of economic impact to its host city Tampa. That included over 4500 full- and part-time jobs and a huge boost to local small businesses (The Oracle):

"The Blind Tiger Café in Tampa Bay is one example of this economic flourish. The owner of the café stated his business was up 300% for sales on the weekend of the game in an interview with the Tampa Bay Times.

“I believe nobody understands how big the economic impact of the game will have. It’s going to have a ripple effect in Tampa forever,” he said.

“It’s a grand slam,” said an owner of a local clothing brand. “You can’t really get bigger than the Super Bowl and for a one-stop, one-man shop like me, the exposure is great.”