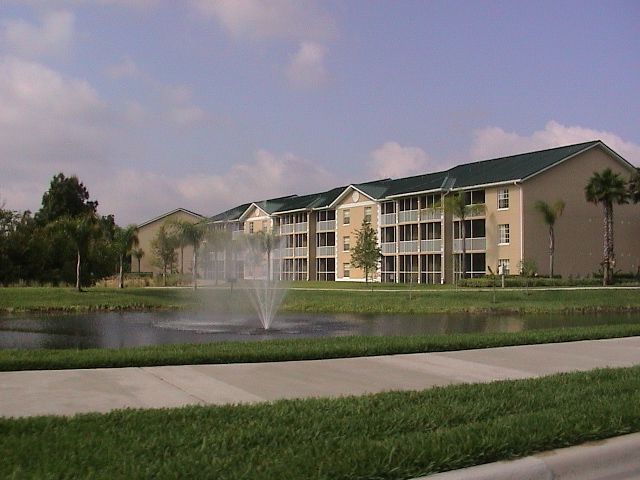 Dave Ramsey is one of the most popular voices in the country when it comes to money. A radio show host, author, and businessman, he has helped people change their lives by practicing the tenets of his evangelical faith though his nationally syndicated radio program “The Ramsey Show.” His books fly off the shelves and he routinely is seen on television shows, but now it sounds like he’s bitten off more than he can chew.

Financial guru and radio personality Dave Ramsey also thinks timeshares are a bad investment. For three years, he’s been telling his listeners stuck in timeshares that there’s a way out: a company called Timeshare Exit Team. ‘Timeshare Exit Team, it’s the only people we endorse for getting you out of your timeshare because it works!’ Ramsey has said.

‘You’re already in a bad situation trying to get out of the timeshare, and then you hire a company that you think is there to help you, only to find out that you’ve been duped,’ one customer said.

Many customers Inside Edition spoke with said that the money back guarantee is nothing but an empty promise. Inside Edition‘s investigation found hundreds of families have filed complaints against Timeshare Exit Team.”

Things have gotten worse for Dave’s endorsed company. The Attorney General of the State of Washington filed a lawsuit against Timeshare Exit Team for hurting its customers, which undoubtedly include thousands of Ramsey listeners.

Reports that the “Timeshare Exit Team has been indicted for guiding owners through invalid or unsafe exits, carrying out deceptive exits that were not as advertised, misrepresenting the expertise and capabilities that they possess, and advertising a deceptive and illusory money-back guarantee. According to the lawsuit, Timeshare Exit Team’s exit methods expose customers to debt collection, foreclosure, lawsuits, credit damage, unanticipated tax liability, and other negative consequences.

Even while endorsed by Dave Ramsey, Timeshare Exit Team has faced a myriad of litigation and accusations. Dave Ramsey’s website claims that Timeshare Exit Team has a proven track record, no risk guarantee, and successfully exited over 4,000 timeshares. However, it’s uncertain why these claims are listed as the Washington Attorney General clearly outlines their money-back guarantee as illusory and deceptive, with nearly 15,000 customers in limbo awaiting an exit.

Washington’s lawsuit reveals “on an ongoing scheme against consumers that we have been warning about for years – exit companies making empty promises to ‘help’ unsuspecting consumers, and then pocketing thousands of dollars without providing services,” said Robert Clements, VP of Regulatory Affairs and General Counsel of ARDA.

In the complaint, Attorney General Ferguson characterized Timeshare Exit Team’s business model as based on deception:

“Virtually every aspect of Defendants’ operation is deceptive and/or unfair in violation of the Consumer Protection Act (CPA), and thousands of people across the country and in Canada – including over 2,500 consumers in Washington – have fallen victim to Defendants’ practices.”

Clements continued, “An increasing number of attorneys general as well as organizations like the Better Business Bureau (BBB) are recognizing the predatory nature of exit companies, who use deception and high-pressure sales tactics to convince timeshare owners to pay upfront fees for services they cannot guarantee or deliver. We hope the Attorney General’s action will prevent others from falling victim to these scams and help to further expose the dangers of an unregulated timeshare exit industry to the public.”

In 2020, one press release stated, “Holiday Inn Club Vacations won a legal victory over Timeshare Exit Team that barred the predatory firm from ever contacting any current or future owners, highlighting the nature of the exit company’s exorbitant upfront fees, misleading claims, and deceptive advertising. “Once again, Timeshare Exit Team’s practices of exploiting unsuspecting timeshare owners who believed they were being helped when in fact they were being deceived, have been exposed,” said Clements.”

As always, there’s money in being self-dependent. Savoteur recently explained that you can save a lot of money by taking care of your timeshare problems yourself.

So How Can Someone Get Out of a Timeshare without being scammed? Just like one of the successful timeshare owners interviewed in the Inside Edition Investigation who secured their own exit, this is something you can do yourself.

Use the Cooling off Period

If you just bought a timeshare and have second thoughts, you can cancel your timeshare contract and get all of your money back if you’re within your rescission period. Depending on state law, you have 3-15 days to contact the resort and file a rescission letter to cancel your timeshare. Timeshare Users Group, the oldest and largest owners group and advocacy organization reports that people, on average, save $18,000 by writing a letter and sending it to the timeshare resort during this window.

If you own your timeshare free and clear, you can simply give it back to your resort or timeshare chain. Why pay Timeshare Exit Team or another expensive company thousands of dollars when you can exit your timeshare yourself with one phone call? Get started at the Timeshare Industry Association Responsible Exit website, which guides people through the deedback process.

There are trusted, reputable timeshare resale marketplaces to list yours for sale for as low as $15. You can research the current market value of your timeshare ownership, list it for sale and find a buyer all in one place. Timeshare Users Group and Redweek.com are highly rated by both The Better Business Bureau and millions of timeshare owners.

If you’re an owner looking to exit a timeshare because you can’t currently use it but would like to continue owning, there are short-term options available to get you through a difficult time. Consider renting your timeshare out to others, banking your week with an exchange company (Like RCI) to save it for another vacation 1-2 years from now, or trading your week for another vacation at a resort closer to your home.

Since the lawsuits against Timeshare Exit, Ramsey has dropped them as an advertiser but the radio host will not be apologizing anytime soon for associating with them. In one radio episode he even doubled down, saying, the “Timeshare Exit Team “had to pull off of our show. They couldn’t afford to advertise anymore.”

“And all they have done is get people out of timeshares,” he said. “So, that’s why you don’t hear them on the air here anymore.”