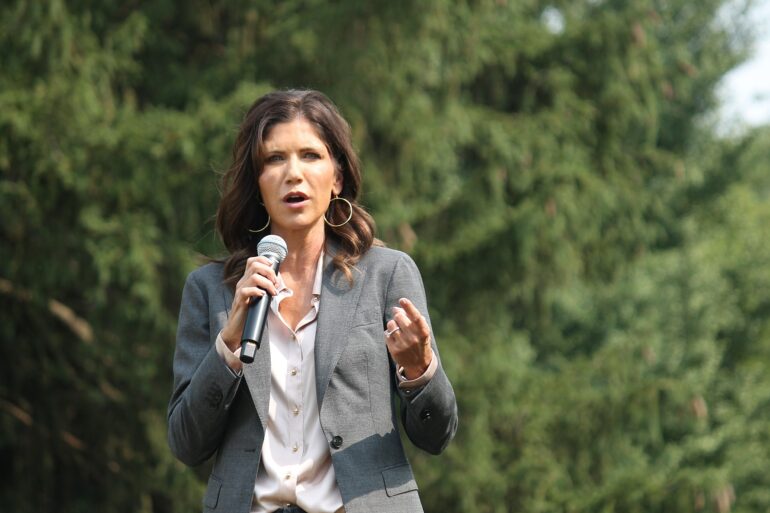 Nate Hochman, a National Review staff writer, detailed the interaction in a piece on Thursday, stating that he had gone out to Noem’s team for comment on purported links between South Dakota Republican politicians and transgender activists and medical groups.

Hochman laid out his case against the Noem administration in a series of Tweets which highlighted her allegedly cozy relationship with a medical group that profited from young people transitioning.

“Governor Noem was the only Governor in America on national television defending the Dobbs decision,. Where was Governor DeSantis? Hiding behind a 15-week ban. Does he believe that 14-week-old babies don’t have a right to live?” The spokesman said.

Conservatives on Twitter where quick to blast Fury’s seemingly random attack on DeSantis:

DeSantis has surged in polls relating to potential 2024 presidential matchups in recent months.