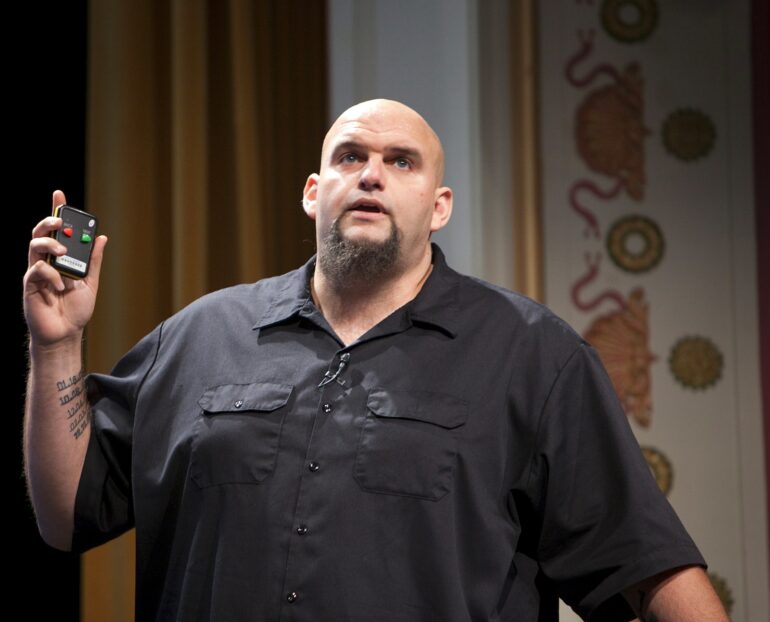 U.S. Senate candidate John Fetterman, the Democrat nominee for Senate in Pennsylvania, held an in-person interview this week but could only do so with the assistance of a massive computer screen that translated what the interviewer was saying to him.

The interview, which was taped on Friday, comes as polls show Fetterman’s race with Republican challenger Dr. Mehmet Oz tightening in recent weeks over issues ranging from Fetterman’s health to his soft stances on crime to questions about his authenticity, as critics say his blue-collar image is phony.

The interviewer, Dana Bash, talked at length about Fetterman’s difficulties during the interview:

“Just in some of the small talk prior to the interview, before the closed captioning was up and running, it did seem that he had a hard time understanding our conversation,” Bash said

“I’ve spoken with stroke experts, they say folks can fully recover from that, but the caveat that every expert gives is that they can’t fully assess a patient without details on their health records, without that information that the campaign has yet to disclose. We’ve asked multiple times for medical records, we’ve asked for interviews with someone from his medical team, those requests have so far been denied to NBC News and other outlets that have requested this as well.” She continued.

Fetterman has also failed to debate Oz, despite substantial pressure from the political Left, despite the fact that early voting in the state has already begun.

Prominent conservatives online were quick to point out what they viewed as liberal hypocrisy around the question of Fetterman’s declining health:

Polls have shown Fetterman’s Republican rival in the race for U.S. Senate, Mehmet Oz, gaining significant ground over the past several weeks and erasing much of the polling lead Fetterman had previously enjoyed.