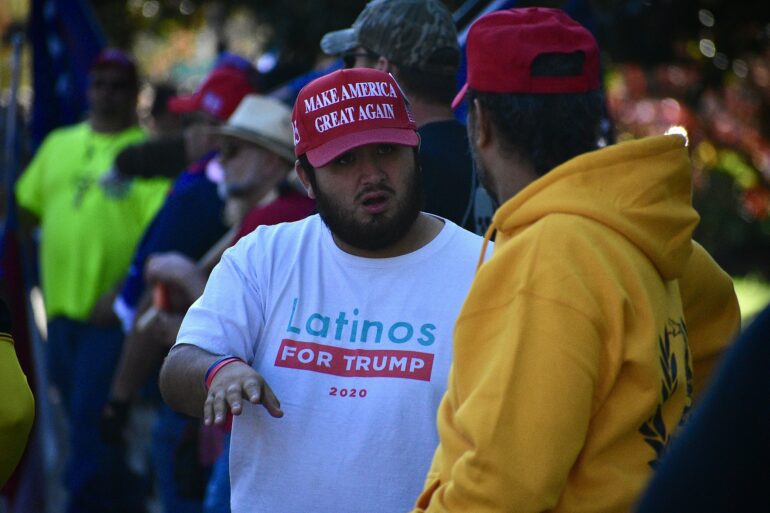 According to the findings of a new poll from NBC News & Telemundo that was released on Monday, Latinos’ preference for Democrats over GOP rule in Congress the midterm elections has dropped by half over the previous decade.

According to the new poll, 54% of Latinos favor a Democratic-controlled Congress to 33% for Republicans.

The poll also showed revealed that Latinos overwhelmingly disapproved of the Biden administration’s handling of several major policy issues, which have been the focal point of this year’s campaign.

Over half of Latinos reportedly disapprove of Biden’s handling of “border security and immigration,” which has become a source of contention as illegal migrant crossings continue to rise, while 54% and 60% disapproved of his handling of the economy and “cost of living,” respectively.

Respondents selected “cost of living,” “threats to democracy,” “jobs and the economy,” and “immigration and border security” as the top four reasons motivating them to vote.

Another 24% of respondents claimed that a candidate’s stance on abortion may influence their vote, regardless of their opinion on other topics.

Since the Supreme Court overturned Roe v. Wade, Democratic politicians throughout the country have made “abortion rights” a primary appeal to voters.

According to the study, 60% of Latinos believe abortion should be allowed in most cases, while 55% disagree with the Supreme Court’s decision.

When asked where they got their political news, a sizable majority (41%), cited “social media” as their primary source of information, with Facebook, Twitter, and YouTube ranking first through third. Nearly 75% stated they preferred English for such media, while just 29% said they preferred Spanish or a combination of the two.

The support of Latinos was as big part of the reason the Trump campaign over-performed many pollsters’ expectations in the 2020 campaign, especially in states like Texas.