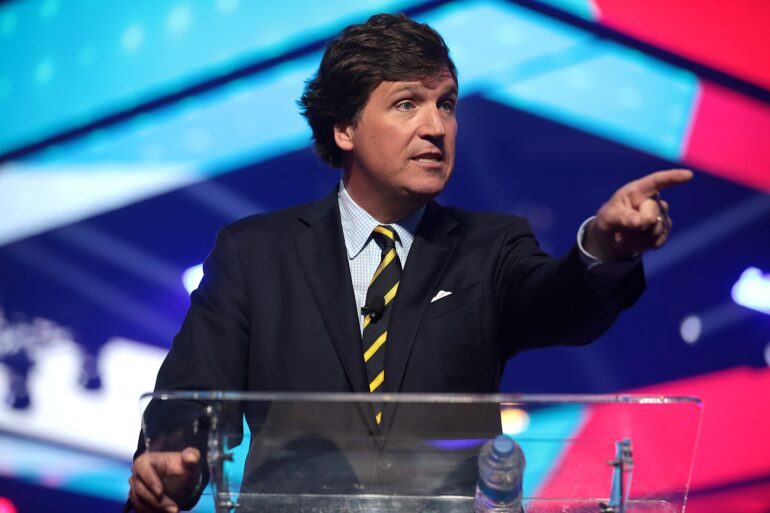 Cheney hinted at new plans for 2024 after losing to Harriet Hageman who was endorsed by former President Donald Trump.

Cheney insinuated that she may run for President in 2024 to get back at former President Trump and made references to President Lincoln having lost then made a comeback to win the presidency.

Tucker Carlson took to the airwaves to mock Cheney’s decline.

Per the Daily Caller:

Carlson mocked Cheney’s repeated oath to defend “democracy” in the aftermath of the January 6 riot. He then said her defeat by her Trump-endorsed opponent, Harriet Hageman, is a result of democracy.

“Turns out democracy is like that boyfriend you’ve got in another city, you kind of talk him up a lot, but you don’t really want him to show up, other people to meet him,” Carlson said. “What happened to Liz Cheney last night? Democracy showed up in Wyoming. And Liz Cheney suffered the single biggest defeat in a primary by an incumbent this century. It turns out democracy is a cruel master, better be careful, it can whip around and bite you in the butt.”

Tucker also made sure to mock CNN’s Alisyn Camerota during his monologue:

“So when voters totally reject a candidate that we in CNN like, when voters actually vote, which is, of course, the core ritual of democracy, it’s the essence of democracy. When they do that, it’s a threat to democracy,” the Daily Caller co-founder said. “Of course, Liz Cheney agrees. Her losing definitively in Wyoming is the greatest threat to democracy since the Civil War and she should know because effectively, she’s Abe Lincoln.”

Last, but not least, Carlson made sure to make light of Cheney’s comparison to Lincoln:

“I lost, Lincoln lost,” Carlson said. “Me, me, me, me, I’m Lincoln. Another sad, middle-aged rich lady narcissism trip. For sure.”

On Tuesday night, Congresswoman Cheney — who’s the daughter of former Vice President Dick Cheney — lost in the GOP primary by over 37 percentage points.

It’s unclear if her presidential ambitions will turn into an actual campaign, but it appears she does not have much support in the modern GOP.