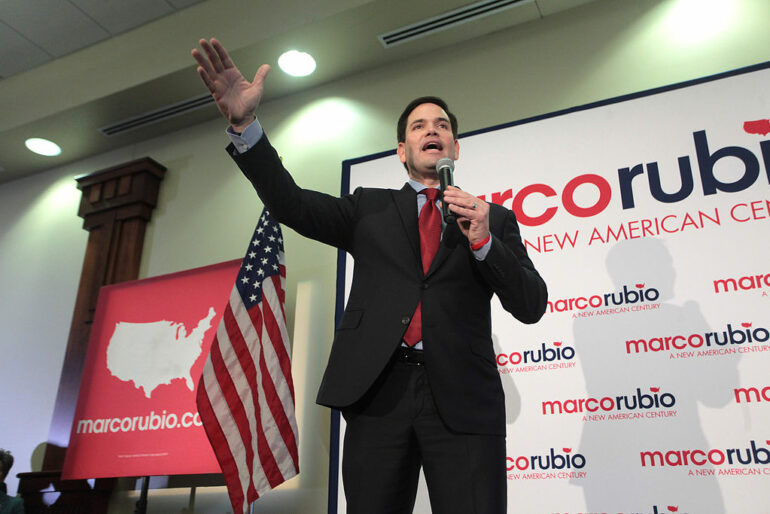 Rubio in Tight Reelection Race, Trump and DeSantis Close in Florida, According to New Poll

The poll –which was conducted by The Public Opinion Research Lab (PORL) at the University of North Florida– is the only poll to show Demings with a lead.

The poll shows Demings receiving 48% and Rubio with 44%, with 7% saying they would support someone else.

Demings gained national attention in 2020 when her name was floated as a possible Vice Presidential nominee for then Democrat nominee Joe Biden.

The poll also asked Florida Republicans who they would support in a 2024 primary match up. 47% opted for Florida Governor Ron DeSantis and 45% for former President Donald Trump while 7% of respondents said they would vote for someone else.

Respondents were asked how they would describe the relationship between DeSantis and Trump’s to which 47% said acquaintances, 42% said friends, and just 8% said they think they are enemies.

“DeSantis and Trump are the two most popular Republican names being discussed for
2024 and DeSantis is edging him out in their home state,” said Dr. Michael Binder, PORL faculty director and UNF professor of political science. “People are split on whether Trump and DeSantis are friends or merely acquaintances, I guess we’ll really find out after the midterms and the 2024 race starts to heat up.”