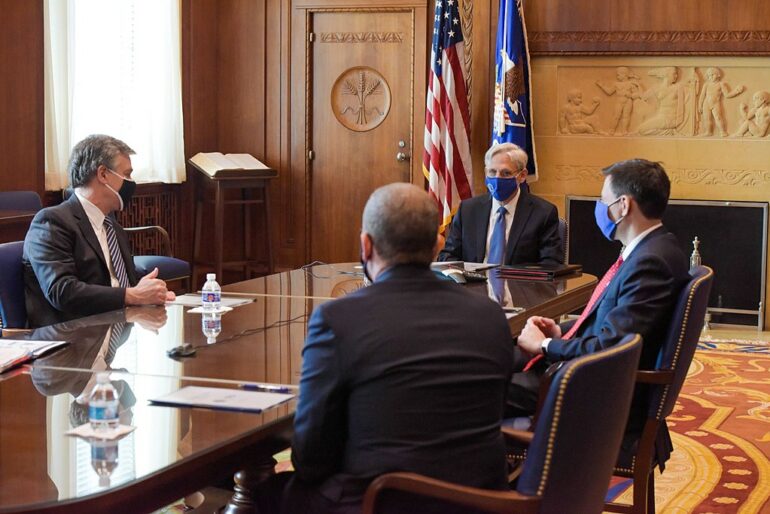 Ohio Republican Representative Jim Jordan, who will take over the House Judiciary Committee if Republicans take back the House this fall is putting Attorney General Merrick Garland on notice.

The first is his inaction on the protests occurring on the outside of conservative U.S. Supreme Court justices’ homes and inaction on attacks on pro-life clinics.

The second avenue is maybe the most disturbing. It is the possible coordination with Left-wing groups opposed to parents protesting curricula at school board meetings. Garland used the FBI to investigate these parents as possible domestic terrorists.

The Washington Free Beacon has noted that it is a federal crime to demonstrate outside the homes of federal judges with the intent to influence deliberations. The inaction on this by Garland has led Jordan to leave the window open.

The NSBA sent a letter pressuring the Biden administration to crack down on “threats of violence and acts of intimidation” at local school board meetings, adding that the Patriot Act could be used to look into “acts of malice, violence and threats against public school officials,” which the group said “could be the equivalent to a form of domestic terrorism and hate crimes,” The Daily Wire reported.

Days later, Garland announced he was ordering the FBI to investigate “harassment, intimidation, and threats of violence” against school board members.

Parents protesting the government being equated with domestic terrorism is a dangerous precedent to set and is an incredibly disturbing revelation out of the Biden Department of Justice.