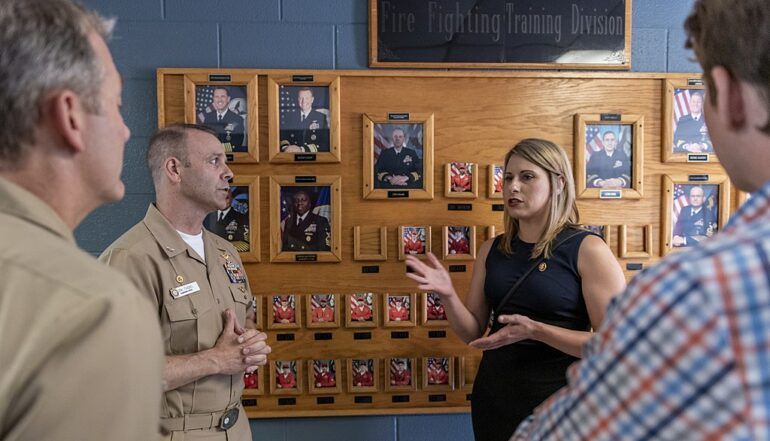 Katie Hill resigned as a congresswoman in 2019 after she admitted to an inappropriate relationship with a female staffer.

The cause according to the report is a mountain of legal bills from a failed lawsuit Hill filed against the Daily Mail and two journalists for publishing revealing photos of her.

The suit was dismissed on free speech grounds and she is left with around $200,000 in attorneys fees.

Hill released a statement via Twitter where she claimed “victims of cyber exploitation are being let down by our legal system….”

Hill was a rising star in congress when she was elected in 2018, but quickly fell from grace. As a result fo the revelations of the scandal Hill and her husband divorced.