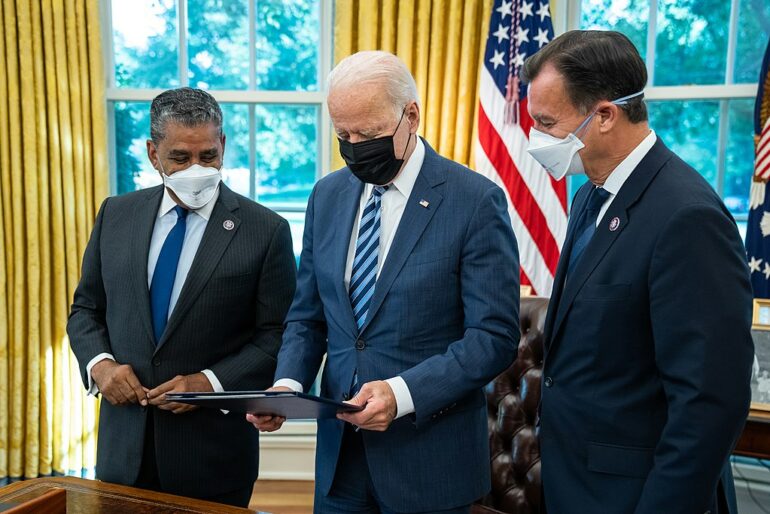 A new report from The Daily Caller reveals that the Biden administration knew of the baby formula shortage that was going to effect America in February.

And despite knowing in February it still happened.

Supply chain issues are playing a role and so are recalls, but that is not the only cause.

Director of the National Economic Council Bran Deese said that the administration was aware of the problems in February and the FDA had to take action to protect babies.

When asked if the FDA moved quickly enough, Deese responded:

“Well, those are independent scientific judgments that I will leave to the FDA. What I can tell you is that they took action to put in place that recall, and we have been working closely on this issue, in the wake of that recall, to try to address the impending impacts of that.”

In a free market economy one manufacturer having a problem should not cause the backlog we are seeing. It is likely regulatory red tape that is holding up the process.

President Joe Biden spoke with formula manufacturers Reckitt and Gerber on Thursday who have stepped up production after Abbott recalled powdered formula and subsequently closed its manufacturing facility in Michigan. Reckitt is supplying over 30% more product this year, according to a White House fact sheet.

As of April 24, 40% of the top baby formula products at American retailers were out of stock, according to CBS News. Retailers have begun rationing the amount of formula customers can buy at one time while the average price of formula has jumped 18% over the last year.

It is unclear if the FDA will allow non-compliant baby formula labels to be on the market here in the states to alleviate the shortage.