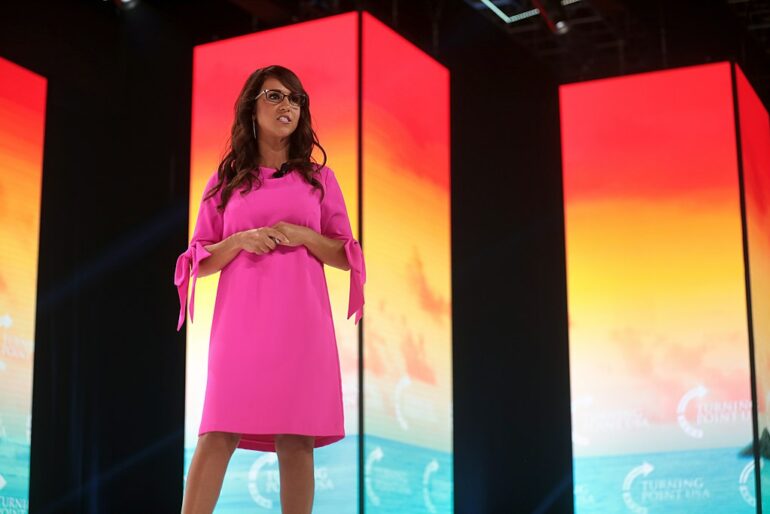 The media groups to two pro-MAGA representatives together, but the relationship seems to be rockier than expected.

The near fight occurred at a House Freedom Caucus meeting where Greene was slammed for appearing at an event hosted by racist far-right figure Nick Fuentes.

Politico reports that if a fellow representative had not intervened the fight would have happened,

The report in the Examiner continues:

The details of the confrontation between Greene and Boebert are not immediately clear, but the clash was confirmed to the outlet by three people with connections to the Freedom Caucus. Boebert loathes being associated with Greene and is seen as more of a team player within the Republican Party, the outlet reported.

The two female MAGA heralds are often associated with each other because of their aggressive political tactics and incendiary rhetoric. They habitually fall on the same side of several political topics and even share views regarding internal Republican Party rifts. During the State of the Union address, the pair breached decorum and heckled President Joe Biden, just one day after their clash at the Freedom Caucus meeting, according to the report.

Greene drew backlash from some members of the Republican Party for attending the America First Political Action Conference in February because Fuentes, 23, is accused of being a white nationalist by multiple groups, such as the Southern Poverty Law Center. At the event, he appeared to praise Russian President Vladimir Putin. He has also denied the Holocaust and expressed admiration for the Taliban’s harsh treatment of women.

“Now they’re going on about Russia and ‘Vladimir Putin is Hitler,'” he said at the event, according to Vanity Fair. “They say that’s not a good thing.”

Both representatives are controversial figures. Greene is currently facing a lawsuit to ban her from the ballot in Georgia for violating the 14th Amendment.